In the long history of Assassin’s Creed games, they have gone to many locales and time periods. Sometimes, if we’re really lucky, there are ships to sail. Assassin’s Creed Rogue is one of those games with a ship-based focus, and it’s getting remastered for modern consoles! 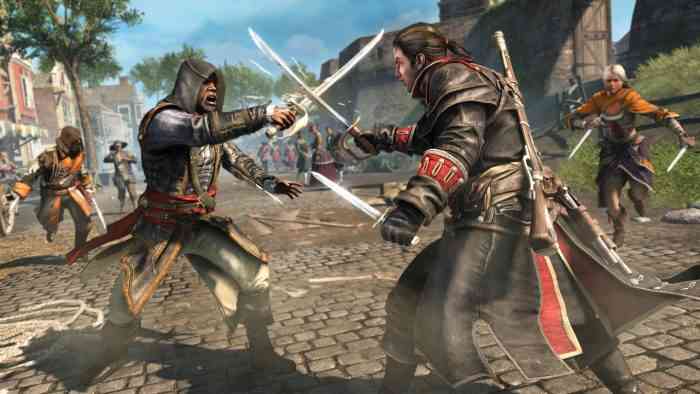 The game takes place during the Seven Years War, with gameplay split between land-based and ship-based missions. Players control Shay Patrick Cormac, an Assassin-turned-Templar on the hunt for other members of his former brotherhood. The game comes on the heels of Assassin’s Creed IV, the first game in the series that heavily features ship-based combat. Which, clearly, is the superior form of combat in Assassin’s Creed games. Yes, this includes actually assassinating people, which doesn’t hold a candle to naval battles and sea shanties.

The remastered version of Assassin’s Creed Rogue will be out for PC, PS4 and Xbox One on March 20th, 2018. The new version of the game will be available in super-hot 4K, assuming you have the hardware for such visual glory. The remastered version will also come with all the extra content, including bonus missions, weapons, outfits and item customization. Check out the trailer below!