It’s A Smorgasbord of War!

When engaging in glorious virtual combat, the age-old question remains: do you go in on the ground, or do you stay behind, with the binoculars and the general’s hat? With Out of Ammo, you can do both! Will the wonders of virtual reality never cease? 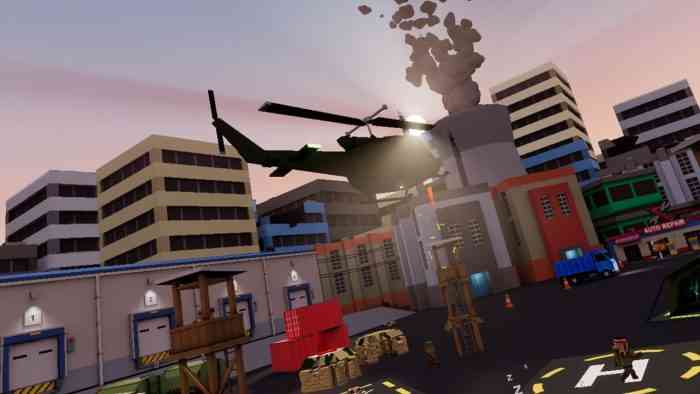 From the creator of DayZ, this game lets you go in to combat either as one of the many fighting classes (medic, sniper, heavy, etc), or you can take a more tactical perspective. Choosing the second option has more of a tower defense feel, while the first path is more of a traditional FPS. Either way, you’re doing it all in delicious, blocky virtual reality. There are a variety of modes to engage in, along with the various classes. Gameplay focuses on rescue missions as well as combat. Have to keep the civilians alive, after all.

Already a hit on PC, the PSVR version is coming on January 30th, giving even more people the opportunity to go to war in their living rooms… with a big old headset on. Ah, the future is here! For a better look at just what kind of future is on the way, you can check out the announcement trailer below. Such freedom! So beautiful! So many pixels!

Final Fantasy IX and DayZ Join Game Pass
Next
According to Steam, Literally No One is Playing LawBreakers on PC Anymore
Previous
The World Ends With You Coming To The Switch