Peruse The Enormous Archive At Your Leisure

There was a short time in gaming history when Nintendo gamers could express themselves in the most artful manner, using one color and their limitless imaginations. Wii U and 3DS owners had the miiverse, a simple message board which eventually accumulated over 72 million picture messages. One group of fans has archived them for future historians to puzzle over. 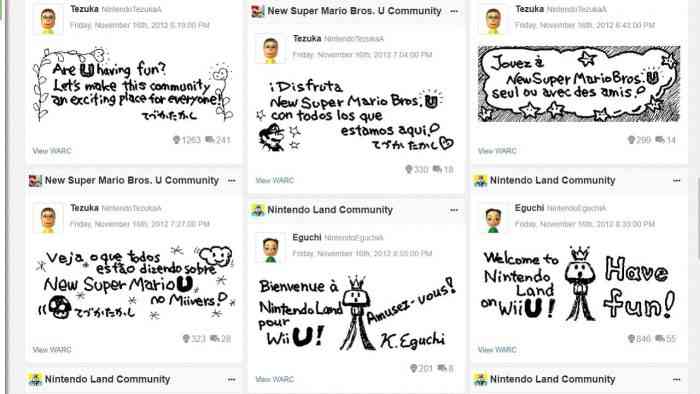 The site, known as Archiverse, is home to millions of images and text posts spanning the entire life of the service. From November 16th, 2012 to November 8th, 2017, users flooded the service with fan art, uplifting messages, declarations and inside jokes. Thanks to a group led by Drastic Actions (aka Tim Miller), these posts are now preserved for future generations to learn more about what sort of baffling tributes fans regularly constructed.

After a great deal of labour, Miller has launched the archive here. The posts start with the very first one from way back in 2012. You could pretty much scroll through this archive non-stop for the next 48 hours, with nary a repeated  image in sight. There’s even a host of other languages that pop up as well! If you’ve ever been curious about what on earth the miiverse is all about, now’s the time for a long look back at this curious service.