Bandai Namco has revealed that Pac-Man Championship Edition 2 Plus is coming to Nintendo Switch on February 22nd.

Bandai dropped the news during their LEVEL UP event in Paris this weekend with mostly high praise. It seems that some people were hoping for a Switch version of the original Dark Souls to be announced, which of course, did not happen…but we digress. 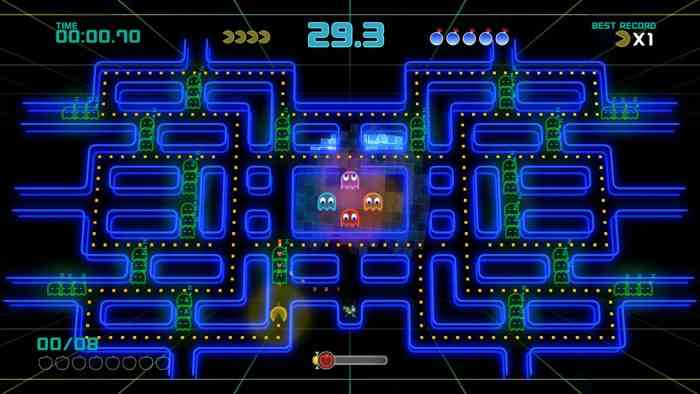 Pac-Man Championship Edition 2 Plus is an updated and revamped version of the original Pac-Man CE 2 released in 2016. The Plus version includes everything from the base game (screens, modes, music, etc.) but will now include a two-player co-op mode exclusive to Nintendo’s hybrid console.

This new mode will allow for split Joy-Con play where each player controls their very own Pac-Man. Players will need to work together to overcome new obstacles in their path like trains of ghosts that can only be devoured if attacked on either side. Also included are special co-op abilities that can’t be found playing single-player. Other tricky hazards can be expected so both players will need to be able to think and react quickly if they hope to come out alive.

As mentioned above, Pac-Man CE 2 Plus is expected to be released on the Switch eShop on February 22nd. Are you excited? Tell us in the comments section below.

Coronavirus Has Apparently Led to Shortages of Ring Fit Adventure

Tekken 7 Surpasses 5 Million Units Sold
Next
Fear Not, Wolfenstein 2: The New Colossus for Nintendo Switch Is in Good Hands
Previous
Here’s What a New Jet Set Radio Game Could Have Looked Like