It’s all about magic, and it’s all about casting spells on the go until Harry Potter GO arrives. Here is Nine Parchments, a new RPG experience crafted by developer Frozenbyte. While the game is on its way to Nintendo’s portable console, devs have made the demo available now. 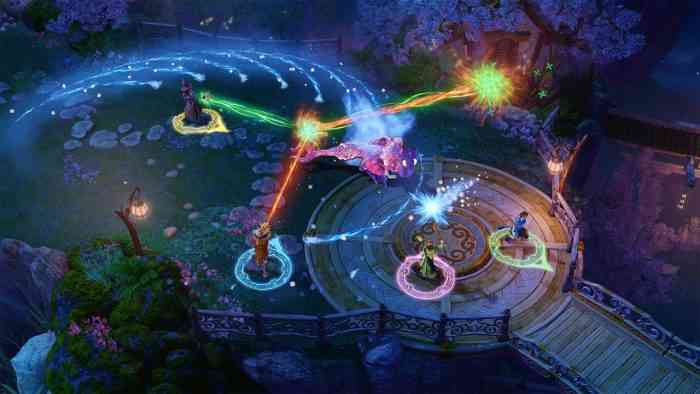 Revealed in a press release, the Nine Parchments demo consists of three levels. There’s the Astral Academy tutorial, a level on a beautiful beach, and a boss fight against the Treasure Mantis. And that’s another thing; there are boss fights. Therefore, there’s no reason to not jump in the tutorial. Furthermore, you can play the game with up to three friends in local co-op. Take your Switch, go to a friend’s house, and have fun blasting magic.

“The full game is still in the submission process so we wanted to get demo in front of players to make the wait a little bit easier. We hope you enjoy trying out the magic mayhem!” said Frozenbyte CEO Lauri Hyvärinen, and continued: “We’ll announce the exact launch date of Nine Parchments once the game has passed certification on all console platforms”.

For now, multiplayer skills and spells are limited. Additional abilities will be supported in the full release, so no worries. Today’s your chance to test features to see if the Nine Parchments experience is what you’re looking for. Check back for news related to release and for more from Frozenbyte.

Banjo-Kazooie Is Heading to Switch as Part of N64’s Future Wave
Next
Forza Motorsport 7 Sells 176,000 Units in First Week, According to Chart Estimates
Previous
Alien Isolation Team May be Working on new, Destiny-like Experience