Shadow of War Dev Says This is An Adaptation, Not Direct Canon from Movies

Shadow of War An Adaptation, Movies Are a Jumping-Off Point

No one’s going to be happy, especially when it comes to a tale as old as time like Lord of the Rings. And when you deviate from the lore, the die-hard fans get mad. While Shadow of Mordor also strayed from the canon, Shadow of War went even further, giving giant spider Shelob the ability to transform into a rather beautiful human woman, for example. But as Michael de Plater, Monolith’s Game Director states in an interview with VentureBeat this is an adaptation, not a direct comparison.

“People should think of it as an adaptation. There are things we do relative to the timelines in the books, for example. We brought up the fall of Minas Ithil. We wanted to use Helm Hammerhand. In the books he’s a spirit of vengeance, and we wanted to tie that to the narratives of the Ringwraiths – someone whose story of pursuing revenge and falling and becoming a Nazgul resonated with Talion. We were taking the intention, the spirit, and the themes of the books, but adapting them to fit within a slightly different timeline and story.

It’s an adaptation, basically. If you see almost any film or TV show or other work coming from a canon book or other original property, that’s often the best way to approach that. We’re as faithful as we can and as true as we can to everything we love and feel is in the spirit of Middle-Earth, but it’s certainly our version of a lot of those elements. It has that focus on, perhaps, the darker side of Tolkien’s works. It’s exploring the areas where there is more ambiguity. 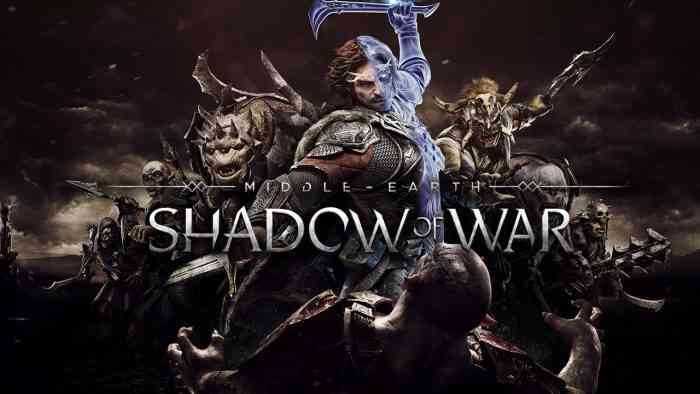 It’s a kind of what-if in some ways. When you read Lord of the Rings, the big question that gets posed more than any other is what would happen if someone with power took up the One Ring. Gandalf is tempted. Galadriel is tempted. Boromir is tempted. Celebrimbor is our answer, in some ways, to what would have happened if Galadriel had taken the Ring and become a dark queen in place of a dark lord. Or what would it have looked like if Saruman had taken the One Ring and used his army of Uruk-Hai to challenge Sauron? Talion is a bit more like if Boromir had gotten the Ring.

We’re trying to be very authentic to the spirit of the books, but as I say, it does deviate somewhat from the timeline and the canon. So do the movies. They have deviations that are in some ways quite significant, like removing the scouring of the Shire. That’s quite a big change. So these are all different timelines in some ways.”

Michael does admit that some impediments did force the narrative away from what he would have liked to achieve:

“Some missteps keep Talion’s adventure from being perfect, but overall these changes are a force for good and worthy of being praised as The Bright Lord’s greatest adventure yet. The changes to the Nemesis system that allow Talion to command his own army of orcish brutes and install his own overlords are a worthy evolution of a system that created something unique that no game before it had tried. Middle-earth: Shadow of War is a bright journey for Talion and Celebrimbor and worth playing if you want to go on a journey to immersive yourself in the land’s distinctive lore.”


With Before the Shadow, Lord of the Rings Online Is Still Growing Strong

Lord of the Rings: Return to Moria Brings Co-Op Survival to Middle Earth