All the Best Audio and Comfortability at a Reasonable Price

In case you were not aware, one of the key factors of immersion in video games is audio. Enter headsets. Thankfully, designs are becoming more and more sophisticated, and today Turtle Beach is proving that with their newest duo of headsets for the PlayStation 4 and Xbox One. 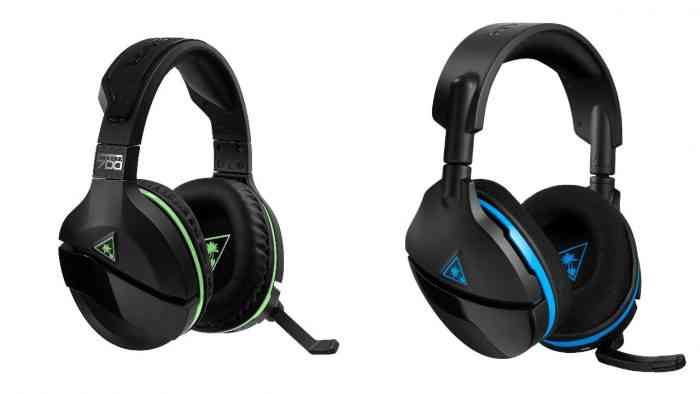 As of today, Xbox One owners can purchase the new Stealth 700 & 600 series headsets by Turtle Beach. These two pieces of gaming peripherals offer all the ProSpecs fans of the company have come to enjoy, including the comfortability of Glasses Friendly Design. What’s that, you ask? Why, only one of the best things ever. A gamer with glasses has plenty to worry about when their entire team is getting dominated in multiplayer; you don’t need your vision hindered by the way your headset fits over your glasses. That may even factor into the eventual rage-quit. With the Stealth series headset, that’s not an issue.

Furthermore, the headsets are wireless. WIRELESS. Enjoy plenty of mobility and convenience like few other headsets at the price. And the price is starting at $99.95 for the Stealth 600. For that price, you’re also getting the “Superhuman Hearing” that grants a competitive advantage in games. Yet there’s still more available.

For $149, all the additional perks of the Stealth 700 are available to you. Either way, Turtle Beach promises the best technology for your gaming experience. Find both on Amazon for the Xbox One family of consoles. Currently, only the Stealth 600 is available for the PlayStation 4, the Stealth 700 launching for Sony’s console on September 24, 2017.

“Holiday 2017 is going to be another great season for gaming, and the Stealth 700 & Stealth 600 redefine what gamers should expect from a wireless gaming headset at the $99 and $149 price points,” said Juergen Stark, Turtle Beach CEO, in a press release. “With the imminent launch of Xbox One X as well as a handful of AAA multiplayer game launches on the horizon, we know gamers will be looking for a new or replacement headset, and the Stealth 700 & 600 are great choices with our signature high-quality sound for the best possible gaming audio experience, supported with features we know can help them play better and win more.”

Thus, if you’ve been searching for an all-in-one headset for the right price, Turtle Beach may have, once again, arrived with an answer. Let us know what you think, or click any of the links to take you directly to the Stealth Series pages.