As reported previously, Switch modders discovered that NES Golf is in the firmware of every Switch with two-player support and motion controls too. However, getting the game to run without hacking was a mystery until Switchbrew’s yellows8 discovered the legitimate way to play the game. The method involves a touching tribute to the former Nintendo president, Satoru Iwata. 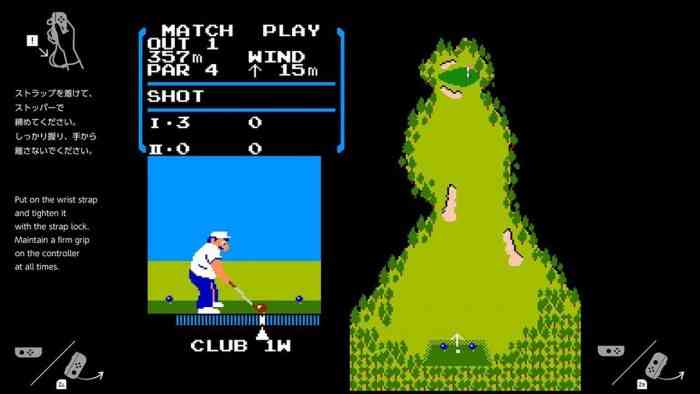 The game unlocks only one day a year on July 11th which marks the anniversary of Iwata’s death. First off, you can’t get around this by manually switching the system’s time and date to play this if you’ve already connected the system to the internet as the system will know the real date. Thus, you can do this with a new system that’s never touched the internet or wait for the real date to come around. On that day, you’ll have to do Iwata’s iconic “Direct” gesture where you to unlock the title. Just before that, you’ll get a clip of Iwata performing the action.

Here is some footage:

When Golf is launched, an audio of a word pronounced by Iwata will play: “直接”, which means “Directly” in Japanese. Video by fire3element pic.twitter.com/jwdrRhLOi3

Why NES Golf? Well, Iwata served as a programmer for that title. Furthermore, there’s another touching reason for the tribute as the easter egg has a cultural significance as explained by Justin Epperson below:

So the idea is Nintendo imbedded Iwata’s game to watch over every unit and thats fuckin me up good rn. That man was loved.

Damn… that’s one hell of an easter egg, Switch.