When is the last time you grabbed a physical mainstream video game magazine? Believe it or not, there’s still a large audience that loves to collect physical copies of game news, and the massive German gaming magazine WASD launches Kickstarter in seeking an international translation via the English language for its publications. Not only do they aspire to branch out on an international level, they want to incorporate writers from around the world in their works, to be included in both international and German editions of the magazine. 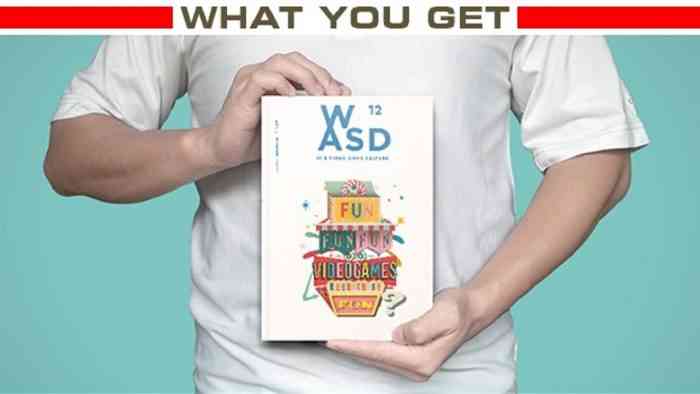 Each installment of WASD is a large collection of around 200 pages of games journalism, editorials, and gorgeous illustrations. So large, in fact, that they prefer to call it a “bookazine,” and the team behind WASD only hopes to expand its giant creation to an international scale so that it can be enjoyed by more than just their German audience. They aim to do this by translating the magazine to English, as well as maintaining their current German edition, so that the publications can be read across English-speaking regions.

Those of you who would like to jump in and see what WASD has to offer can enjoy this free promo issue of the international English translation. The Kickstarter will be live until October 1st and you can check it out in-depth HERE!