One Year Can Make All the Difference for a Game

With the release of Assassin’s Creed every year, it’s easy to understand why fans were facing fatigue. Furthermore, every game felts too similar to the last. So it was like a breath of fresh air when Ubisoft announced they would be taking another year to develop the next game. Hence, we have Assassin’s Creed Origins. And according to Game Director Jean Guesdon, the extra year helped the team make all the difference. 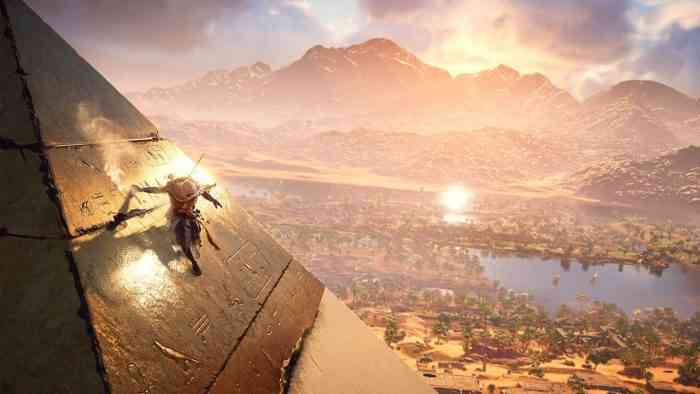 Speaking in the September issue of PC Gamer (#308), Guesdon talked about what the extra year helped them accomplish. According to him, it factored into creating the seamless open world experience, letting the player explore all of Ancient Egypt. Guesdon elaborated:

“When we started the game three-and-a-half years ago, we wanted it to be global, to be full, so this is why we aim for a fully seamless entire country now. We touched a bit on that with Assassin’s Creed IV: Black Flag, this sense of massive scale and total freedom, and we wanted to bring that on land, for the very first time, with an entire country. This extra year really allowed us to take the time to deliver on that high quality.”

As anyone can see in some of the latest gameplay footage, Assassin’s Creed Origins is absolutely stunning. Because of the improvements between this installment and the last, Ubisoft CEO Yves Guillemot is considering making Assassin’s Creed a biennial release. But that may ultimately depend on the game’s market performance.

Nevertheless, director Guesdon promises a much better game with smarter AI and less scripting. Going further, he assured no two players can have the same experience.

“For us, it’s something that we really want to push. We want players to have their own personal experience, which means less scripting and less handholding. We create a world, we place some content in it – we have dozens of quests, and people that you will meet who will tell you stories. But in between, when you’re in the world, a lot of things can happen. And no two people will have the same experience – it’s just not possible.

“We’ve reworked the AI so that all living beings in the world are real AI. The lions are hunting antelopes, the crocodiles are attacking hippos if there are any around, and the world is much more living than before.”

Assassin’s Creed Origins arrives October 27, 2017, for all platforms. A long time ago, Ubisoft said they would make the title similar to Witcher 3. Considering the fact that they’ve blended a seamless experience with a living open world, it looks like they came close. What are your thoughts? Let us know in the comments below.