New Choose Your Own Adventure Horror From Until Dawn Devs

Supermassive Games have already announced two new PSVR games at Sony’s E3 2017 press conference, but it also revealed another upcoming title called Hidden Agenda. Like Until Dawn, it’s a title where your actions can save or doom any character you control. Instead of a cabin, the story centers around a killer with a tendency to set up traps to kill the first responders to the scene. Pretty devious bugger, eh? Players can look forward to the gory death scenes when making the wrong moves. 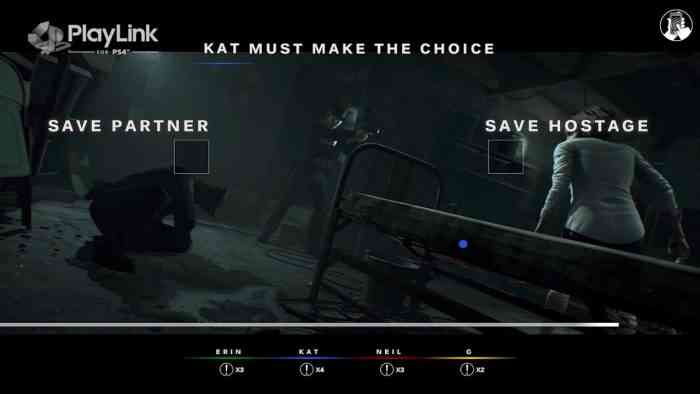 One of the more remarkable things about this upcoming release is that it will be one of the first titles to make use of PlayLink, which are a collection of games that uses a second screen experience with a smartphone or tablet. This batch of titles is made to be played with friends or enemies, and for Hidden Agenda (which can be played solo), each player will have a secret goal unknown to other players. One hypothetical example could be that you may opt to help the killer by purposely making dumb moves to get the characters killed.

With PlayLink launching on July 4th, we’ll likely see this game release about the same time.