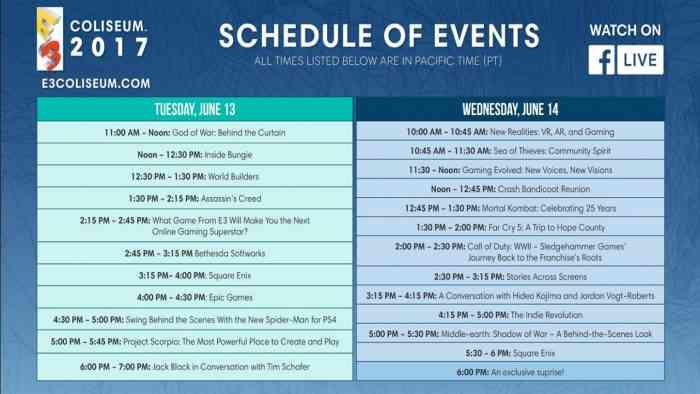 Square Enix
Don’t miss when Square Enix presents a live demonstration of a newly announced title being showcased at E3 2017.

Square Enix
Join the team at Square Enix for a developer showcase, revealing new details about a game that will be announced for the first time at E3 2017.

It looks like we’ll be getting two panels from the RPG giant. I’m guessing the first one may be on the new Dissidia console port or Lost Sphear game. It could also be more gameplay of the new Life Is Strange game as well.

However, the second panel gets really interesting as there are really multiple paths to take with what game could be revealed. Can it be the new Avengers game that we know they’re working on? Perhaps, Final Fantasy turning 30 this year will come into play here as there was a rumor of a Final Fantasy 1 – 9 collection at one point. I think it may be a bit early for that FF 16 too. That said, I’d actually the new game would be tapping one of their older IPs like Final Fantasy Tactics or Chrono.

If you’re interested in watching, some of the panels at E3 Coliseum 2017 will be streamed.