Amidst the chaos of E3 2017’s 2nd day, Nicalis announced Blade Strangers, a crossover fighting game developed by Studio Saizensen for PlayStation 4, Switch, PC, and arcades. The announcement happened on Twitch’s own live stream coverage of E3 2017 event which featured a round of interviews with different developers throughout the day. 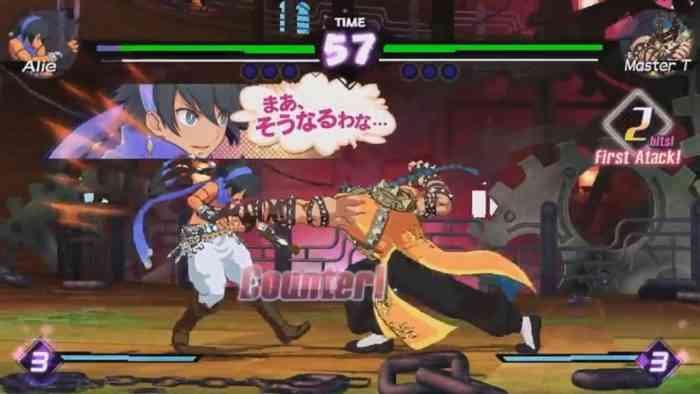 So who’s coming to this crossover fighting game party? Blade Strangers will star an eclectic mix of characters including characters from Cave Story, Code of Princess, and Umihara Kawase. The later two franchises aren’t exactly mainstream, even Cave Story‘s an indie — albeit, a pretty popular one. On the character select screen, there were five unrevealed characters, but I hope we see other cameos from indie games like Shovel Knight. All these characters are rendered using 3D models, but the devs use their own proprietary tech to convert those 3D models into glorious pixels.

The game will be released with Story, Mission, Versus, Training, and Online modes. The story mode will play like a traditional arcade mode with a series of fights and some story bits thrown before and fights. Mission mode will give players tasks to complete like “counter X number of times against X move”. The training mode is a bit bare bones, but it’s basically a training dummy. Other details from the interview were that the game is aiming for a balance between hardcore fighters like Guilty Gear with the easy inputs of Super Smash Bros.

No release date has locked down yet for this eccentric fighter, but hopefully, we’ll learn more at this E3 2017.