Microsoft ended their E3 press conference with the reveal of BioWare’s new IP, Anthem. We got a showcase of a stunning environment and seamless exploration. For this reason, many viewers believed it scripted and unlikely reflection of the final product. Furthermore, people cast doubt about it running on a console. Bearing this in mind, EA’s Patrick Soderlund confirmed the opposite. 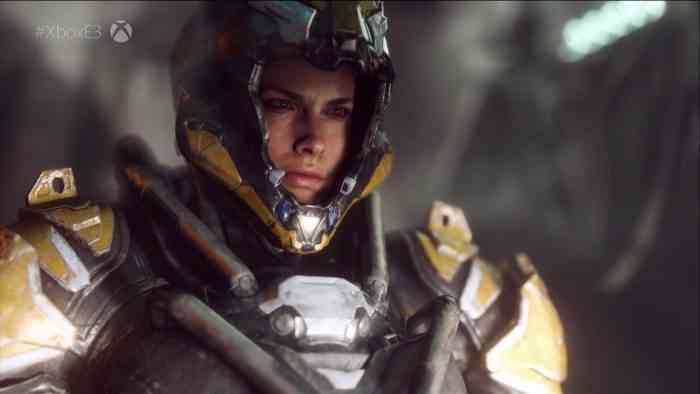 Everything we saw during Anthem’s reveal was consistent with the Frostbite Engine. Same engine used for Mass Effect: Andromeda. Thus, we know a console can handle 2160 resolution and will probably extend to 4K. The game was given a release window for 2018 and will be available for PC, PS4, and Xbox One. There’s practically no information outside E3’s reveal. However, we do know it’s a shared-world RPG in the vein of Destiny. Better yet, we know it’s being written by Drew Karpyshyn, the same lead writer behind Mass Effect 1 and 2.

Thoughts on the Anthem’s graphic showcase? Which console will you play it on? Let us know in the comments below.

Spellforce 3: Reforced (Console edition) Review – Peanut Butter and Jelly Adventuring
Next
Rocket League Cross-Platform Play Is Being Blocked by One Company
Previous
PS4 Pro to Run Destiny 2 at 4K but Bungie Can’t Say the Same for Xbox One X