The debut trailer for the tactical shooter Ready or Not, has arrived! This new first person shooter is developed by Void Interactive, and while it looks similar to the Rainbow Six series, it has a more eerie feel to it. 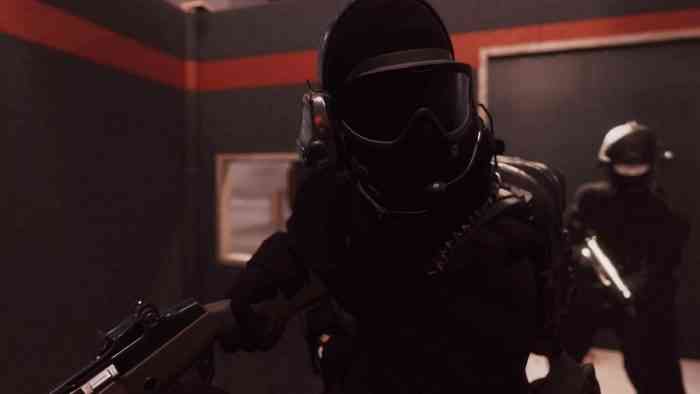 The debut trailer for Ready or Not dropped, showing off some intense action! Void Interactive has described the game as an “elite SWAT team tasked with defusing hostile situations in intense, claustrophobic environments.” It includes a single-player mode, as well as both competitive and cooperative game modes for up to eight players. The official website for the new shooter outlines some features that are meant to set the game apart from the rest!

These features include an incremental lean system, which is exactly as it sounds, where players can lean around walls, and similar objects, as well as an incremental door control system where different types of doors, (sliding, revolving, swinging etc.) can be moved by the mouse wheel at any time. There is also modular speed control where the mouse-wheel controls the player’s speed by scrolling up or down. This is supposed to allow for more precise movement for the close-quarters combat of the game!

Ready or Not focuses on the realism of a first person shooter, from simulating the effects of being shot in the leg and moving slower as a result, to “detailed animations and systems which show your teammates exactly what you’re doing.” Check out the full blog post about the new game here. While platforms have not been confirmed, it will definitely be available with the discussion of the controls in the blog post.

You can check out the debut trailer and screenshots below. Keep it locked for updates as they become available.

The Overwatch League Has Officially Returned In Its Fifth Season
Next
According to Deep Silver, Dead Island 2 Is Still in the Works
Previous
New Update Drops for Rocket League on Wednesday