There’s a lot of love out there for the Monster Hunter franchise, especially in Japan. The series has been a system-seller for years, and now that godly power has trained its eye upon the Nintendo Switch. Monster Hunter XX is coming to Nintendo’s hot new handheld/console system soon. 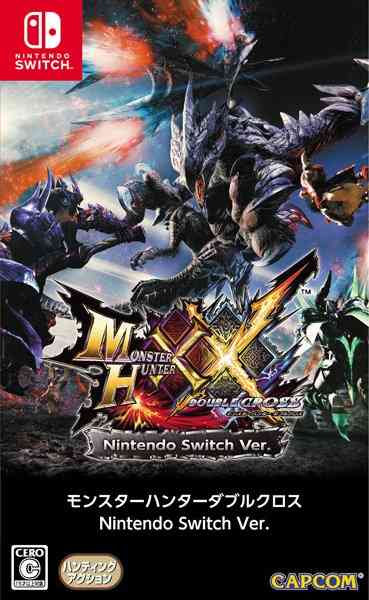 Capcom made the announcement via their Twitter account, posting a shot of the box art above. Unfortunately, there’s no release date yet, not until tomorrow at least. On top of that, there’s no word whatsoever about a North American release. Thankfully, the Switch is region-free. Even if Capcom makes the foolish move wherein they keep this one off our shelves, dedicated fans can still acquire it.

This is the perfect system for a Monster Hunter game, though. Those games are simply better on the go, and Nintendo’s newest console works so well as a handheld, sometimes even better than it does a home console. Plus, XX is a perfect entry point for new players. The game is an expanded version of Monster hunter Generations, a sort of tribute to the series with the best bits of every entry. While the games still come with a bit of a learning curve, Capcom made a wise choice in the title which will introduce new fans to Monster Hunter. We’ll be sure to keep you posted when that release date hits, along with any news of a North American release here at COGconnected.