On April 19th all Orcs Must Die!

Orcs Must Die! Unchained is the 3rd installment in a lighthearted series that mixes up action tower defense and MOBA-style gameplay. Once again, players will be able to choose from a swathe of heroes featuring some old favorites and newcomers alike to cull the brutal orc invasion using crossbows, spells, and traps galore. 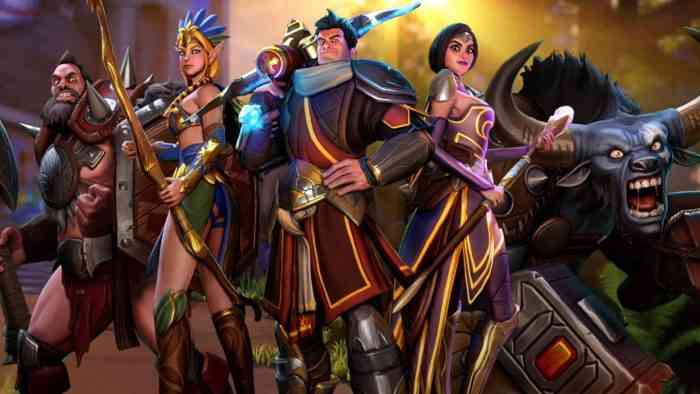 This online free-to-play game seeks to iterate on the series formula through its new game mode, Sabotage. While the previous game introduced online co-op gameplay, players will now able to play against each other in this 3-versus-3 multiplayer mode that will be available upon launch. The developers, Robot Entertainment, told Polygon that they decided to implement this mode after listening to feedback from fans about a lack of a competitive multiplayer mode.

To celebrate Orcs Must Die! Unchained’s launch, they will also be running a huge sale that will take a hearty 90% off the previous games and DLC from April 4th to April 6th. Besides that, they also have plans to release the game on PlayStation 4 later this year at an unspecified date.

One thing to note is that the game has been in Open Beta since March last year and is currently sitting at a Mixed approval rating on Steam. Although there were some glowing initial impressions of the game from plenty of gaming media outlets, it has also drawn its share of criticism. Some of the complaints bemoan the sloppier aiming while others fear it will go down the dreaded pay-to-win route too. It remains to be seen if the devs will able to address these concerns and win back players.

Here’s hoping that this new mode can help turn things around for the game when it launches later this month.

Tower of Fantasy Shows Off Action and Creativity in New Videos
Next
Guerrilla Games Talks About the Potential for a Horizon: Zero Dawn Sequel
Previous
Director of Assassin’s Creed III and Far Cry 4 Leaves Ubisoft For Exciting Opportunity