After last week’s tease, Bandai Namco has dropped some more substantial info on its latest game, Code Vein, that cleverly used the phrase, “Prepare to Dine.” So, is it a new Dark Souls-type game? Well, not quite as Gematsu reports via Weekly Famitsu that the team behind God Eater is developing this. In terms of gameplay, the God Eater series is far closer to Monster Hunter. That said, the devs have said, “We are developing it as a new title that offers a new game experience.” They are also dubbing the genre for the game as “dramatic exploration action RPG.” 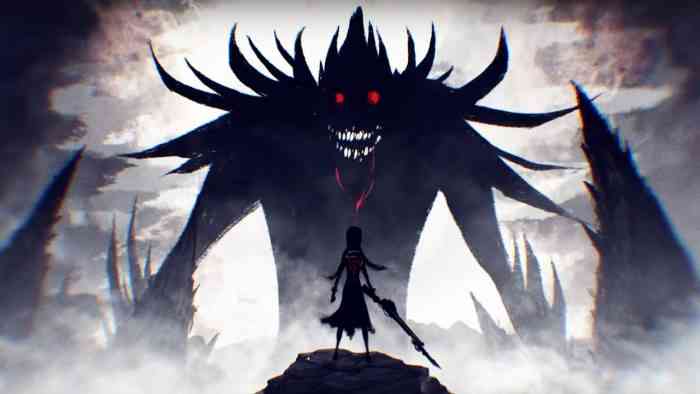 First off, the game is still early in development at about 35% according to Gematsu. Besides that, it’s being built in Unreal Engine 4. Also, the game hasn’t revealed which platform it’ll be released on yet. As for its release, It’s aiming for a 2018 worldwide release. Some of the staff includes Keita Iizuka as the producer, Hiroshi Yoshimura as the director, and Yusuke Tomizawa as the project leader. Interestingly, Tomizawa will oversee both God Eater and Code Vein.

Setting-wise, Code Vein takes place in a near future where the world has gone to shit, and players will be playing as vampire beings with supernatural abilities called Revenants. They will mostly wield melee weapons such as great swords, one-handed swords, spears, and hammers.

One of the key pieces of info in this report was the “Buddy” system for the game. Players will be able to have a partner tag along in their adventures. Buddies can act independently, but there will be moments where players will have to help them. It’s not clear yet whether it’s only CPU-controlled or if local co-op will be an option.

It’ll be interesting how similar the in-game visuals will be to the striking aesthetic of the teaser released last week. Bandai Namco says we can expect an official announcement on April 20th so stay tuned.