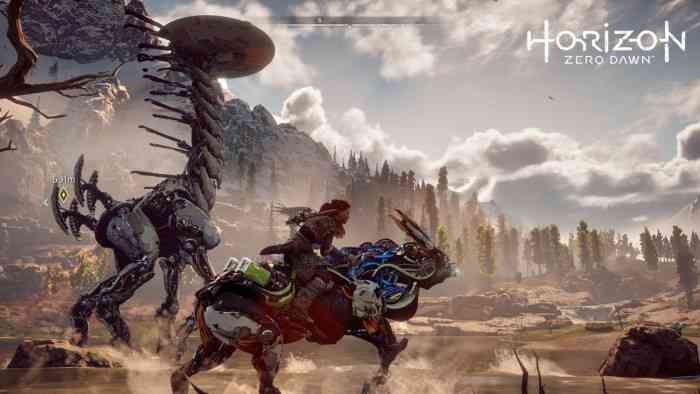 Even though it’s arriving in just over a month, Horizon: Zero Dawn may just be the single most anticipated game for the PS4 this year. Featuring a unique mix of futuristic tech and primal society you want to know one thing it won’t feature? Micro-transactions! That’s right everyone, you can put your wallets down. While details on any form of DLC or Season Pass haven’t been revealed yet (apart from the Collector’s Edition DLC), Guerrilla Games revealed on Twitter yesterday that micro-transactions would have no place in Horizon: Zero Dawn.

In the lead-up to the game’s release, we’ve been treated to a new trailer that gives us a bit more of a look at not only Aloy but her friends, enemies and a bit more of the game’s plot. Ever since the game’s reveal at E3 2015 interest has been high which means there’s a ton riding on Horizon: Zero Dawn to perform. Both Guerrilla Games and Sony alike are counting on the game to be a success. If it is, it is undoubtedly going to be a flagship franchise for the PlayStation family moving forward. With the likes of Nathan Drake saying goodbye this past year you know that Sony is on the hunt for mascots once again. It seems to us that Aloy is pretty badass and fits that bill just fine.

Keep it locked right here on COGconnected for more information on Horizon: Zero Dawn as we lead up to release. Don’t forget we’ll have a full review, written and video for your reading and viewing pleasure too! Until then… just keep up impatiently waiting!