PlayStation 2’s 2001 shooter is back to lift our nostalgia levels and break ground. The original Red Faction is now available for PlayStation 4 home console. Hence, you can relive the early days of shooting mars oppressors, and experience the undertones of a rebel saga at its origins, fifteen years later. 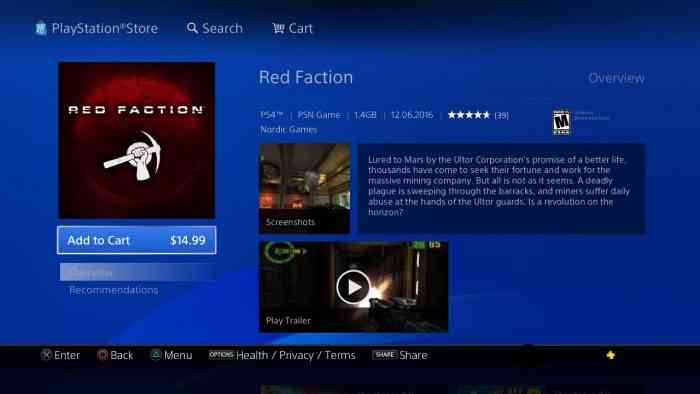 Red Faction represents the latest port from THQ Nordic, who were recently busy with Darksiders: Warmastered and Darksiders 2: Deathinitive Edition: previous generation titles that opened to critical acclaim. By re-releasing previous titles on current gen consoles, they’ve kept their great names alive, lest they be forgotten in the sea of new releases.

Additionally, they’ve allowed current generation players their own chance to play titles many of us remember fondly, a fact THQ Nordic Business and Product Development Director Reinhard Pollice expressed excitement for: “Playing Red Faction for the first time is one of my favorite memories on ‘PlayStation 2’,” he said in a press release. “The team at THQ Nordic is thrilled to be able to share that experience with a whole new generation of players on ‘PlayStation 4’.” 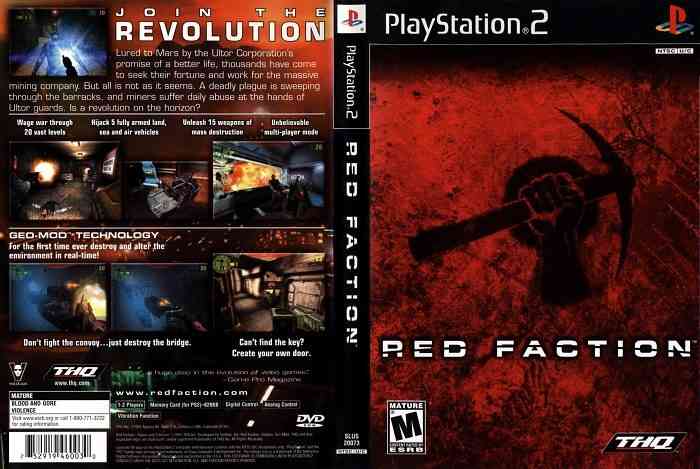 Sure, he’s not the only one excited. Though we play on a new console, we follow the same synopsis:

A revolution has begun on Mars, and you are at the forefront. As part of a rebellious organization known as Red Faction, you must battle through 20 levels that feature deep seas, natural caves, Ultor Corporation’s bases, and more. Hijack five land, sea, and air vehicles–each equipped with weapons–including an ATV, a submarine, and a high-flying fighter. Help yourself to 15 weapons of mass destruction, such as railguns, rocket launchers, riot sticks, and heavy explosives. Stealth, cooperation, and action are all important to achieve success.

You can get Red Faction on the PlayStation Store for $19.99 CAD and $14.99 USD. Players who want to revisit the red planet can do so right now. Also, let us know your thoughts on this latest port for PS4. For more updates, keep your eye on COGconnected. Happy Holidays!