Thanks to the video game documentary series No Clip, we now know the reason why id Software scrapped the fourth title in the Doom video game series, Doom 4. In the documentary, producer Marty Stratton even referenced it to Activision’s Call of Duty series, calling it “Call of Doom.”

Overall, Doom 4 had a very different feel than the previous titles. It gave had a very high production value behind it and was intended on being much more cinematic and having a lot more story. But because it felt so different, to the point where it no longer felt like a Doom game, the passion behind the project fell off and the title was canceled. “It didn’t feel as much like Doom as I think a lot of us expected it would feel, or hoped it would feel.” says Stratton.

The documentary series has more Doom coverage to come, telling the story of the creation and development of the Doom series. 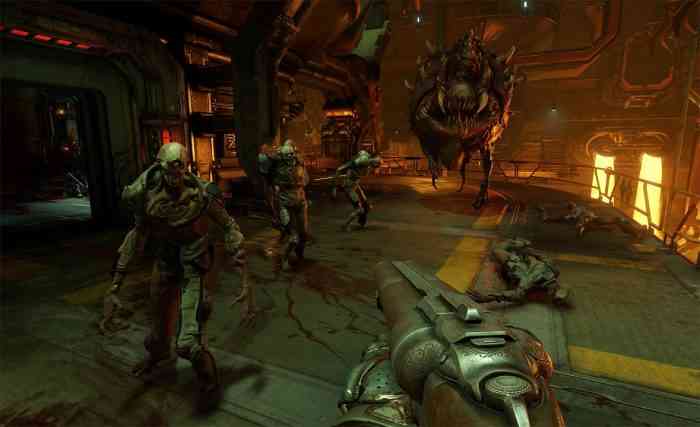 After the dismiss of Doom 4, there was uncertainty on if a new Doom title would ever be released. Doom once again saw the light of day with the launch of its reboot, released simply under Doom. The 2016 reboot of the hellish first-person shooter is currently available worldwide on PC, PlayStation 4, and Xbox One.

QuakeCon Is Back And Ready to Show Off Games, Updates and More

It May Be Hard To Believe but Biomutant Is on Sale Right Now
Next
Dead Or Alive 5: Last Round Gets Aquaplus Mash Up Costume Pack DLC
Previous
Generation 2 Pokemon GO Pokemon and Holiday Pikachu are Here