The list of PlayStation 2 games playable on PS4 continues to expand, as Sony has announced that classic RPG Arc the Lad: Twilight of the Spirits will be re-released on the PS4 digitally this week.

In a Sony blog post, it has been announced that Arc the Lad: Twilight of the Spirits will be available on PS4 this Tuesday, January 12th. There are already 10 PS2 games available on PS4, including Grand Theft Auto: San Andreas and Vice City, Twisted Metal: Black, and PaRappa the Rapper. Sony has been asking fans for feedback on which PS2 games should be added to the PS4’s backward compatibility catalog in the future. 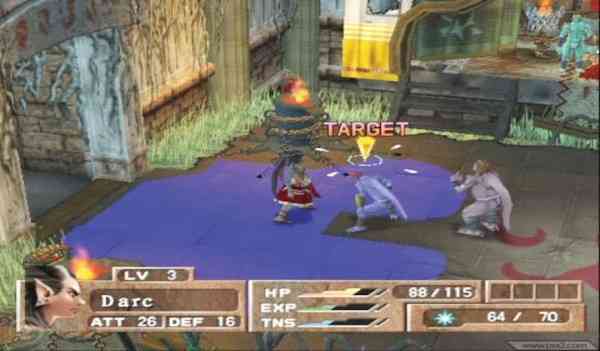 The price for this latest game has not been announced, but some players have been critical of what they feel is overcharging on Sony’s part for these older games. This is a particular thorn for some since Xbox One has so famously made their console backwards compatible, allowing players to play their Xbox 360 games for free. Shuhei Yoshida, PlayStation President of Worldwide Studios, recently defended the practice, saying that licensing, quality-assurance, and trophy additions are expensive for the company, and they have no choice but to pass the cost on to the consumer.