Pocket Gems is today announcing that it will immortalize an exclusive group of War Dragons players by writing them into the first-ever literary adaptation of a mobile game.

Pocket Gems will be holding ‘The Great Contest’ in War Dragons later this month, the winners of which will be written into the game’s prequel novelization. 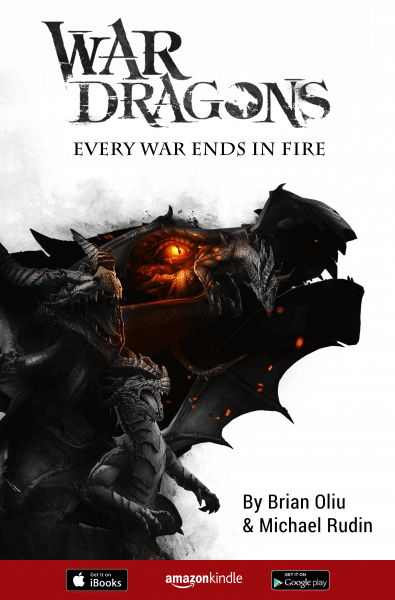 The book, which will be available for free to download on Amazon, Apple and Google later this year, is written by award-winning author Brian Oliu (SO YOU KNOW IT’S ME, LEAVE LUCK TO HEAVEN, I/O) and edited by Michael Rudin (CALL OF DUTY: DEVIL’S BREATH, CALL OF DUTY: RIGHTFUL KING).

The team names of the six winning guilds of The Great Contest will be written into the War Dragons novel. The winning teams will also get exclusive new portraits and the number one team will have a statue erected of their team’s likeness inside the game’s shared universe. Teams win by battling other teams to conquer and hold territory in the game. The contest will run from Dec. 10 through the end of the year.

The Great Contest is part of the Kingdom of Ice expansion, the largest War Dragons update in the game’s history. Along with the contest, the expansion will feature updated art, newly-designed holiday dragons and several new characters.

War Dragons is available for download now in the Apple App Store and is coming to Android early next year.


Robocop Is Coming to Fortnite

Warcraft Mobile Game Is Called Arclight Rumble
Next
MechWarrior Online Launches on Steam with Long-awaited Faction Play Now Live
Previous
‘Shiness: The Lightning Kingdom’ Trailer Released… But What Platform Will We See This Beauty On?