In celebration of the soon to be released Star Wars Battlefront video game, the limited edition Sandtrooper headset is themed after the squad of Stormtroopers donning the signature orange shoulder pauldron, are individually numbered, and come with an extra set of swappable Star Wars speaker plates. 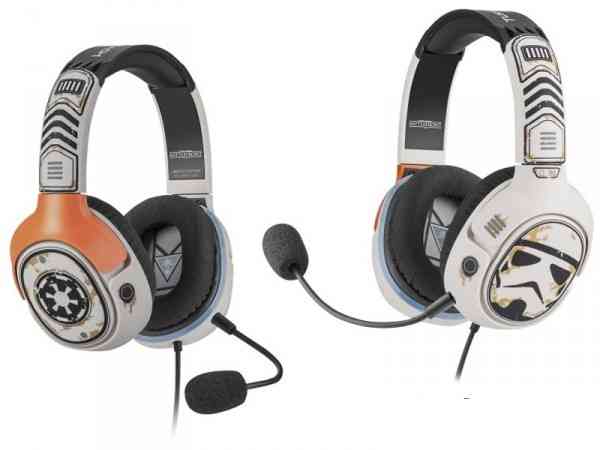 Additionally, in anticipation of the theatrical release of Star Wars: The Force Awakens, the X-Wing Pilot headset is themed after the signature orange jumpsuits worn by Rebel Alliance pilots and is based on Turtle Beach’s all-new lightweight and comfortable entry-level Recon series design. The X-Wing Pilot headset offers a handful of features and functionality no gamer should be without, and is available at participating retailers for a MSRP of $49.95.

Turtle Beach’s Sandtrooper gaming headset works great with PlayStation 4, Xbox One, PC and mobile/tablet devices and features an over-ear design for extended comfort, plus a removable high-sensitivity boom mic, and thundering 50mm speakers to deliver sound the way Star Wars is meant to be heard. 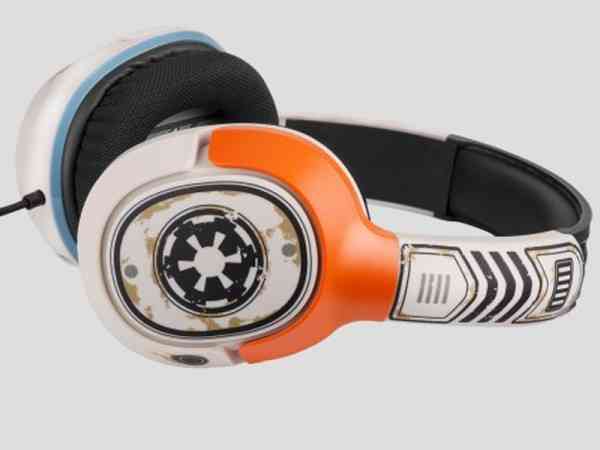 It also includes one set of removable speaker plates that can be swapped out to show off different Star Wars characters and iconic franchise moments. Plus, only available as part of the limited edition Sandtrooper headset offered at Best Buy in the U.S., a second set of swappable Star Wars speaker plates is also included for free.

The X-Wing Pilot headset is an entry-level gaming headset that works with PS4, Xbox One and mobile/tablet devices and is built on Turtle Beach’s all-new lightweight and comfortable Recon series headset design. The X-Wing Pilot headset features over-ear, synthetic leather-wrapped ear-cups with big, booming 40mm Neodymium speakers that deliver sizzling highs and thundering lows. It also comes with a removable high-sensitivity boom mic and convenient in-line controls for Master Volume and Mic Mute. Fans can use the X-Wing Pilot headset for playing games like Star Wars Battlefront, and also use it to enjoy their favorite movies, music and more.

Star Wars Battlefront launches November 17, 2015 on the PS4, Xbox One, and on Origin for PC.