Indie Open-World Shooter First Wonder To Be Shown at TwitchCon

As the terrifying giant “Monstro”, players must evade or destroy all opposition in their way, using a repertoire of destructive abilities and surprising interactions within the environment, as Monstro works towards fulfilling a foreboding prophecy.

Monstro’s size and agility makes him a powerful and elusive foe, able to leap over obstacles, charge at opponents, and exploit the natural formations of the game’s expansive Majorcan Islands for quick traversal and strategic strikes. The Cargonauts, a ragtag team of deep space salvagers, are tasked with recapturing the terrifying beast, using teamwork, tools, and powerful jet packs to rival Monstro’s natural abilities.

“We’re thrilled to launch our Kickstarter campaign for First Wonder, a game Richard and I have wanted to develop for many years,” said Rogue Rocket Games Co-Founder and Creator of MDK and Giants: Citizen Kabuto, Nick Bruty. “We share a vision to bring back a sense of wonder and discovery in a new game with fantastic, multifaceted gameplay and a humor-filled story. Please check us out and consider backing us when our Kickstarter goes live.” 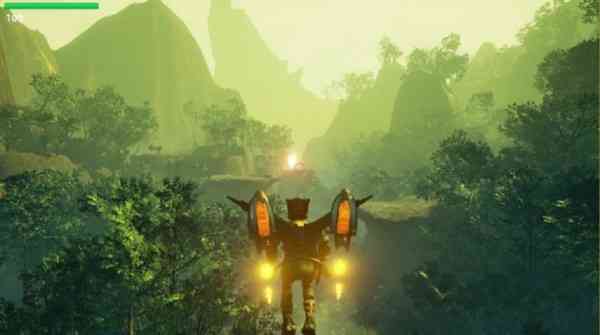 “It’s a really exciting opportunity to launch our Kickstarter at the first-annual TwitchCon,” said Rogue Rocket Games Co-Founder Richard Sun. “We’re thrilled to show an early version of First Wonder and look forward to connecting with like-minded gamers that want to join us in bringing our vision for a highly enjoyable Giants: Citizen Kabuto and MDK spiritual successor to life!”

Live gameplay of the new First Wonder demo – featuring TwitchCon attendees as Monstro and Rogue Rocket Games as The Cargonauts – will be broadcast on twitch.tv/roguerocketgames throughout the event. In addition, Nick Bruty, Co-Founder of Rogue Rocket Games and creator of  Giants: Citizen Kabuto  and  MDK, will be on hand for live commentary, interviews, signatures, gameplay sessions with Twitch broadcasters, and to showcase exclusive limited edition in-person Kickstarter rewards available only to early backers during TwitchCon.

Ashwalkers Review – A Simplistic Journey Through Melancholy
Next
Learn All About the Video Game Industry in A Gamer’s Guide to Gaming, Out Now
Previous
P.A.M.E.L.A. Launches its Steam Greenlight Campaign