DmC Devil May Cry: Definitive Edition for the PlayStation 4 and Xbox One is available starting today, March 10, across North America and Europe. The game comes packed with DmC Devil May Cry, but increases the energy levels by running all of the stylish action at a sharp 1080p and a smooth 60fps across both next-gen consoles.

It also contains all previously released downloadable content, including the “Vergil’s Downfall” bonus campaign, and additional all-new features developed exclusively for this definitive release. Players can enjoy this ultimate offering of the critically-acclaimed action game on a retail disc or as a digital download for an MSRP of $39.99 / €39.99. 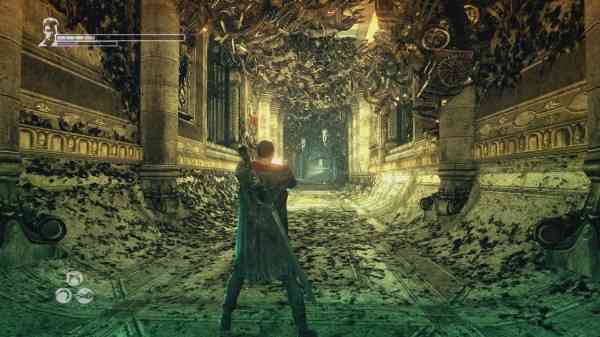 New to DmC Devil May Cry: Definitive Edition, Dante’s twin brother is playable in “Vergil’s Bloody Palace,” a much requested feature by fans of the original game. In this mode, players wield the deadly sword Yamato as Vergil in a survival mode featuring arenas and enemies from the “Vergil’s Downfall” bonus campaign.

Several options have been added that provide a new layer of challenge. The modifier “Turbo Mode” heightens combat intensity by increasing gameplay speed by 20% and “Hardcore Mode” which, as a throwback to classic Devil May Cry games, raises the bar for achieving a high style ranking. In the all-new “Gods Must Die Mode,” new trials await for players ready to take on the most challenging difficulty mode in the game. Gameplay tuning and balancing have also been implemented based on fan feedback, including the addition of a fully configurable enemy lock-on option and rebalancing of the style system.

As an extra bonus, fans will also be treated to a fun visual homage with the inclusion of new skins for both Dante and Vergil inspired by classic Devil May Cry character designs.

Next
Get Your Groove On With Ultra-Cool ’Spindash’ Compilation Of Sonic The Hedgehog Dance Tracks!
Previous
The Evil Within: The Assignment Now Available