Skylanders Teams Up With General Mills and Crayola For Another Year

Activision Publishing announced today exciting products from partners General Mills and Crayola that will bring new Skylanders experiences to fans. Starting this month, fans in North America can start their mornings by playing an interactive version of the popular Skylanders Skystones mini-game via specially-marked Big G cereal boxes. Portal Masters also can be on the lookout for Skylanders Trap Team Crayola Color Alive! Starter Packs in April that will allow kids to bring their coloring to life. Additionally, new Valentine’s Day and springtime Skylanders Trap Team toys also have been unveiled in anticipation of New York Toy Fair. 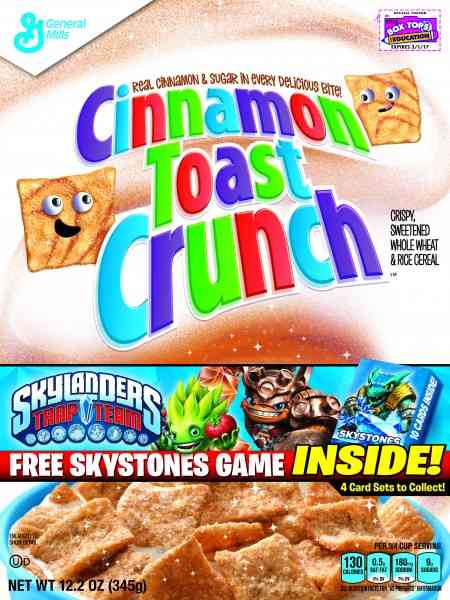 “We’re excited to extend our relationships with General Mills and Crayola for yet another year,” said Ashley Maidy, vice president of global licensing and partnerships at Activision Publishing, Inc. “Both brands are category leaders and have long been a mainstay for kids around the world. We believe these partnerships match the affinity our fans express for the Skylanders franchise.”

“As one of the most popular kids videogame franchises in the world, Skylanders was an obvious choice as a partner for Big G interactive cereal boxes,” said Lisa Kessel, manager of Big G. “We are thrilled to have the opportunity to partner with Activision to bring Skylanders Skystones cards to the breakfast table, adding even more fun to the cereals that fans already know and love.”

“We are thrilled to expand our partnership with Activision and bring the hugely popular Skylanders characters into the new, innovative Crayola Color Alive! franchise,” said

Warren Schorr, vice president of licensing at Crayola. “Activision shares the same passion as Crayola to bring creative experiences to kids around the world, and with Skylanders as one of the premiere titles in Color Alive!, kids can have limitless fun customizing their favorite characters and bringing them to life.” 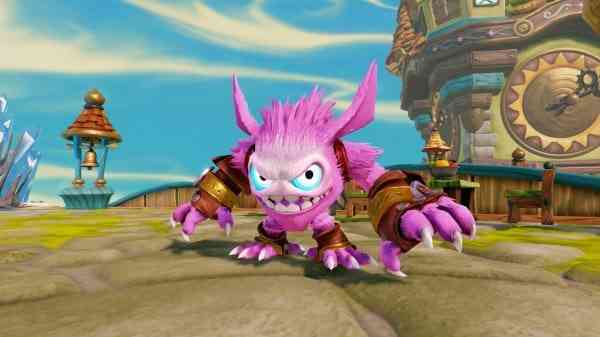 Fans also can enjoy their Skylanders characters in a new way with Crayola’s Color Alive! Skylanders coloring book, available now for a limited time on store shelves nationwide. Children can activate the special Crayola 4D Experience™ through the Color Alive! app by aiming their mobile phone or tablet camera at the coloring page to bring their unique Skylanders drawings to life. The included Magic Crayon transforms coloring by activating special effects through drawing on the page in real-time. Kids also can interact and take photos with the coloring book characters. The Color Alive! app is available on iPad, Android and Windows smartphones and tablets, as well as iPod® Touch.

In addition to the exciting new offerings from General Mills and Crayola, Activision is bringing several special edition toys to the Skylanders Trap Team roster. Just in time for Valentine’s Day, Love Potion Pop Fizz – a wild-and-crazy, potion-brewing hero from Skylands – is available now and features a limited edition design both in-game and on the toy.

Parents looking for the perfect toys to include in Easter baskets can get their hands on the springtime editions of fully playable, pocket-sized Skylanders Minis toys, Power Punch Pet-Vac and Eggsellent Weeruptor. This year, Pet-Vac is aiming to break the all-time Skylander record for number of eggs collected, while Eggsellent Weeruptor has disguised himself as a candy-coated egg, having been chosen as the mascot in the Skylands Annual Dragon Egg Hunt. Lastly, Portal Masters can now use the new limited edition Earth Trap, inspired by the Easter Bunny, to trap Skylands’ most notorious villains.

Skylanders has sold through more than 240 million toys², outselling all top action-figure lines worldwide in 2014 for the third consecutive year.