Lucasfilm and Xbox have teamed up to deliver 23 new Minecraft skins featuring characters from Disney Channel’s Star Wars Rebels animated television series on Disney XD. Set five years before the events of Star Wars: Episode IV: A New Hope,Star Wars Rebels tells the story of the Rebellion’s beginnings while the Empire spreads tyranny throughout the galaxy. 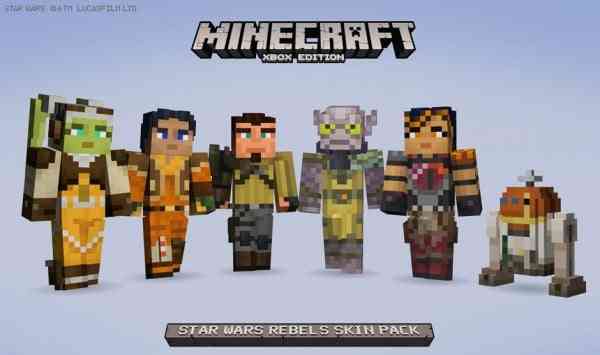 Now, Minecrafters can play as their favorite inhabitants of the starship Ghost, such as Ezra Bridger, Hera Syndulla, Kanan Jarrus and Chopper. Priced at $2.99 USD, the Star Wars Rebels Skin Pack brings the whole motley crew to the colossal world of Minecraft.

So what are you waiting for, head out and pick up this latest set of skins and build away.

Next
Valentine’s Day Can be a Skylanders Day Too
Previous
Travel the Grid as Tron Makes its Way to Disney Infinity (2.0 Edition)