Horror games seem like a perfect fit for VR. I’ve never been a big horror movie fan, but I’ve always enjoyed a good scary game. One of my most memorable experiences as a gamer was playing F.E.A.R series, which really was the first horror game I had ever played. Who would have thought that a little girl could be so scary? The game’s setting, mood and voice acting led to a believable world that had me paranoid for a few nights. Unfortunately, Weeping Doll has none of the redeeming qualities F.E.A.R had.

Dolls have always had a place in horror movies. Perhaps the first thing that comes to mind when thinking of creepy dolls is Chucky. I still remember being frightened of a Chucky looking doll my sister used to have when I was a kid. Weeping Doll on the surface sounds like a Chucky knock off, but dig a little deeper and you’ll find they aren’t related at all.

“Unfortunately, Weeping Doll has none of the redeeming qualities F.E.A.R had.”

Weeping Doll takes place in an abandoned Japanese home where you play the maid. There appears to be no inhabitants in the house and it’s your job to piece together what happened. The first few moments feel a little creepy, but as you play a little more you’ll see those feeling are largely unfounded. The only evidence of life in the house are old memories you uncover and a little girl who runs down the hallway on the top floor of the house.  The story revolves around a neglected child and her unfit parents. It sounds much scarier and interesting than it actually is.

What makes a great horror game is the setting, mood and atmosphere. This is Weeping Doll’s biggest problem. The house the game takes place in isn’t very creepy. One thing that’s apparent about Weeping Doll is that lighting is plentiful. The living room, upstairs and bedrooms all have a good amount of lighting. There’s no flickering lights, strange sounds, lightning, or anything else spooky going on. 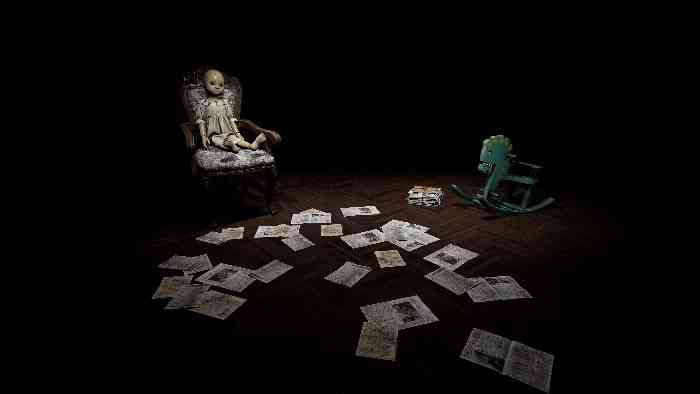 A good chunk of Weeping Doll involves solving puzzles, opening doors and finding keys for locked rooms. The puzzles are fairly straight forward and don’t require much thought. There’s nothing really scary with the puzzles and the game’s lack of screams isn’t helped by the poor voice acting. The voice acting is truly terrible and takes you completely out of the experience during some of the more “serious” moments of the game.

One thing I’ve noticed with a lot of VR games is that movement is always a challenge. A lot of the games I’ve played in VR have you confined to a rail or make your character stationary. Weeping Doll takes a different approach making use of a strange teleporting system. When playing the game you’ll control a ghostly image in front of you that represents the next location of where you can teleport to. The teleporting system really takes you out of the experience as nothing feels fluid when moving. I want to feel like I am walking through this “creepy house” and the teleporting makes me feel like I am taking a realtor’s virtual tour of a house that is for sale. 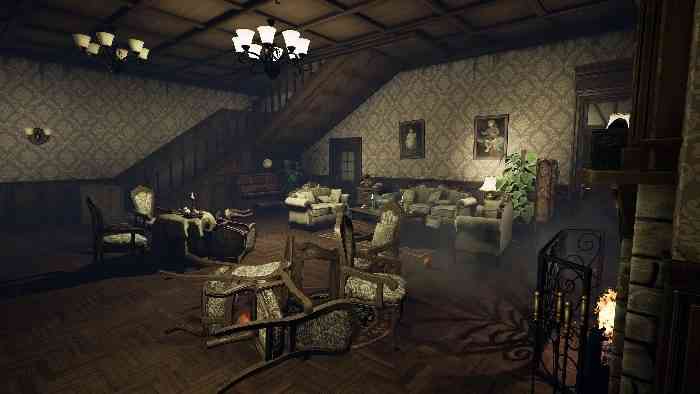 One of the strangest parts of Weeping Doll is the game’s visuals. Everything in the environment has a blurry kind of feel to it when you look at it from a distance. I had to take off my VR headset and clean the lenses a few times to make sure it wasn’t just the headset that was dirty. Once you get closer to objects they tend to appear a bit more clearer, but these kinds of sticking points really ruin the experience.

Weeping Doll is also a very short game with the story being able to be completed in under an hour. Weeping Doll is offered at a low price of $13.49, but I feel like this game should have been released a tech demo. 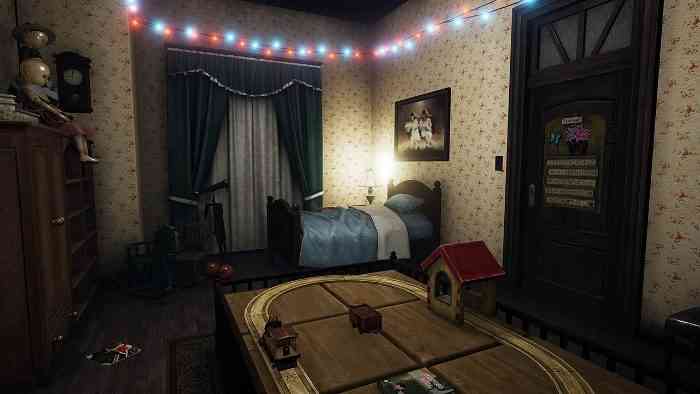 Going into Weeping Doll I was hoping to experience a horror game in the glory that is VR. Sadly, Weeping Doll didn’t deliver much of anything, except a simple puzzle solving game that feels undercooked. 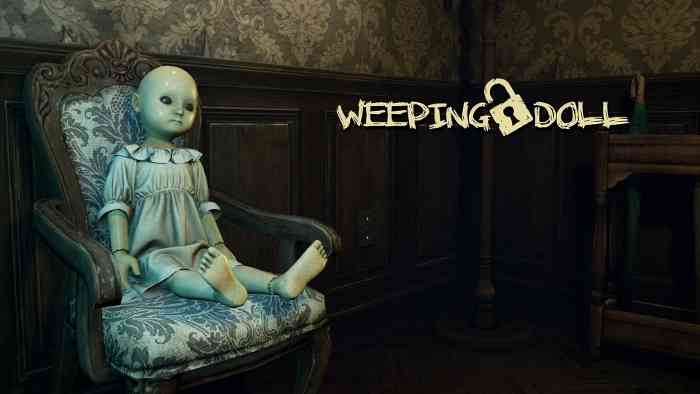