When the Earth fills up with people and discarded iPhones, what will we be forced to do? We’ll head to space: the final frontier. Specifically, Mars seems like a good bet. There’s a lot of nice, red ground, and presumably, resources kicking around there – how tough could it be to create a sustainable and prosperous colony there? That’s the goal of Surviving Mars, the newest building and management sim from the fine folks at Paradox Interactive. I’ve been playing it a whole lot, and it’s a challenging and rewarding builder that twists the genre in a promising direction but has definite sore spots.

The goal: build a functional and self-sustaining human colony somewhere on Mars. That’s no simple task – obviously – and once you get rolling, keeping the plates spinning is constantly precarious. Surviving Mars gives players a lot of options when getting started. Each of the options has perks – playing as the corporation SpaceY (hah!) for example gives additional drones and cheaper advanced resources. 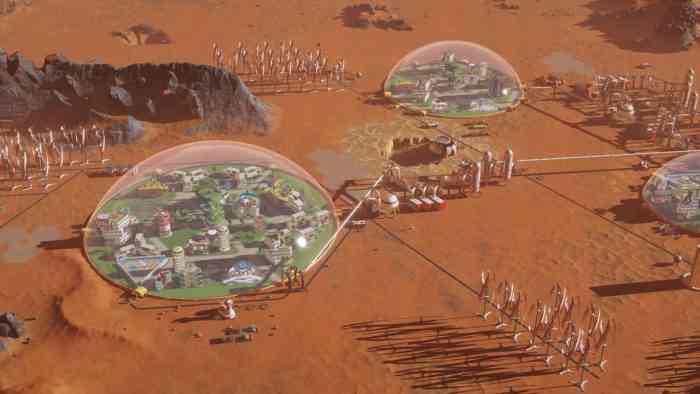 Then, you’ll load up a spaceship with raw materials and prefabbed buildings. An army of drones will have to do your bidding, for the time being, laying the groundwork for your future metropolis. The drones have minds of their own, undertaking and prioritizing tasks as they see fit. As the city mastermind you can prioritize tasks to some degree, but mainly your job is to set up the drones (and later your colonists) for success.

What that means practically is a whole lot of micromanaging. Relatively more than most other building games. I’ll give you an example. When you land the ship, it has a functional range where its associated drones can operate. Pick a spot that happens to be too far from resources, and you’re pretty much boned until you summon another rocket from Earth, unless you build a drone hub. But that hub will need power and parts for maintenance, and well, you get the idea. Every action needs to be carefully considered in Surviving Mars, as a single poorly placed metal depot or fuel refinery can be literally catastrophic if you realize too late.

“Every action needs to be carefully considered in Surviving Mars”

Technology advances in a linear fashion, though you can prioritize one aspect or another as you see fit. Exploring the Martian surface and scanning your surroundings can also result in research breakthroughs or the discovery of valuable materials. Like most city builders, there’s a rhythm to each game that follows a similar path. Figuring out what that path is was tricky, but watching your masterpiece thrive without needing your input is fantastically satisfying.

Sadly, the game does a bad job of onboarding you onto the mechanics. For the first several hours, I felt like I was flailing around randomly. There are hints dropped occasionally, but they usually feel abstracted from what you’re actually doing. Great, the tip about building domes just showed up. Why is that again? I eventually started ignoring them and building willy-nilly. A thrilling experience really, as it led to some pretty tenuous situations where lives were tragically lost. I mean, who knew that an oxygen tank could break down? Spoiler: the game did, and my drones did, the tank just happened to be outside my rocket’s range (see, that’s what we refer to as a callback). 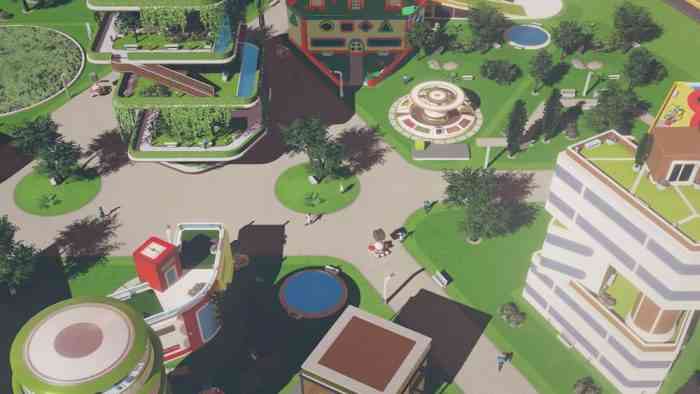 Speaking of human lives, the game deals with them on an individual basis. Everyone has a name, a specialty, and a host of traits that can end up screwing you over if you don’t vet people properly. You spend a ton of cash getting them sent over on a rocket, so it’s wise to make sure they’re the kind of people you want. In most cases, you’ll have them slaving away in a space mine or a space factory, but you can also focus on research or food production if you like.

Sustaining the colony involves shipping stuff back to Earth for sale. It seems tremendously wasteful to me, but apparently shipping electronics from Mars to Earth is lucrative and sustainable – who knew? 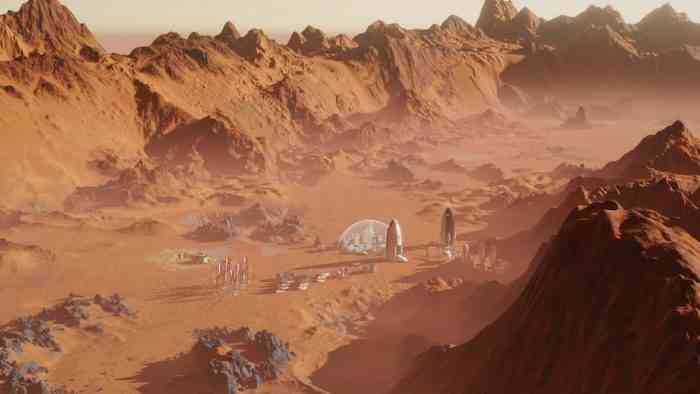 Once all that’s done, you’ll probably start encountering the Mysteries of Mars – one of nine storylines that twist the way you’ll need to play, but don’t really affect things to the level I thought they might. They enhance replay value a bit, but that’s another one of the flaws here. Each colony you build will be a bit different, but I found it hard to be as creative as in a game like Cities: Skylines. All colonies kind of need to be structured similarly to work, so building something unorthodox is kind of off the table.

The interface doesn’t help matters. It’s clunky at best, and even when I was fully familiar with how to do something it was needlessly difficult. It’s functional certainly, but feels like there wasn’t quite enough focus testing done. You can’t queue up tasks making allocation of resources super tedious, the map doesn’t zoom out quite far enough before jumping to the overview, and there’s no real overview showing off how the colony is doing at a glance.

Like a lot of Paradox’s titles, Surviving Mars has a strong base that’s likely to blossom as updates roll out, DLC is released, and the modding community gets involved. There are plenty of rough patches, but Surviving Mars is a challenging city building experience for those willing to work to crack the surface and is tremendously satisfying once you get there.