Right now, you are reading this on a screen. Be it on a computer, phone, or tablet, you’re staring into a black mirror while information is fed into your mind. What else have you done today? Have you checked Facebook or Twitter? Updated your Tinder profile? Maybe Snapchatted some friends? Regardless, a piece of you has been made public in some way, whether you intended it to be or not. When all of those pieces are assembled, who do people see? Is it the real you, laying bare the depths of your mind and soul? Unlikely. It’s a shallow facsimile of your flesh and blood self. It’s a calculated, perfect image that you’ve crafted by accentuating your strengths and satirizing your weaknesses. There’s nothing wrong with that; everyone does it. However, doesn’t it make your human form seem… inferior?

Such questions surround SIMULACRA: a tech thriller in the vein of Black Mirror that is told primarily through text messages. Upon finding the phone of a girl named Anna, you quickly learn that she’s in some sort of peril. The phone glitches out, showing a video of her terrified state, and incoming messages quickly make it clear that she’s gone without a trace. From there, it’s a matter of exploring the phone, piecing together clues to uncover secrets, and making decisions about who might help or hinder you.

Puzzles are one of SIMULACRA’s strongest points. The exception is a text message reassembly minigame, which involves unscrambling corrupted texts; usually these are either painfully easy or solved through trial and error. Otherwise, puzzles involve scouring through the phone for critical information, all while making connections based on the contents of emails, texts, and more. It really makes you feel like a badass cyber detective, while also encouraging you to absorb the story. Being thorough in investigations is key to success, so you’re liable to be going through Anna’s story with a fine-toothed comb in search of leads.

“Most of the characters are completely one-dimensional, and to put it bluntly, a lot of them are assholes.”

That story is pretty good, even if the writing isn’t spectacular. Part of this may be down to the frequently futile dialogue system. In many cases, all the options eventually lead to the same outcome. There are branching paths, though, triggered through events such as lying, manipulating, or coming clean about issues to certain people. These culminate in one of four endings, though one of them is significantly easier to obtain than the others. I did two runs, making different choices each time, yet it all concluded in the same way. Regardless, what starts out as a “missing person” plot quickly devolves into something far more sinister, calling into question online relationships and social media presences.

Most of the characters are completely one-dimensional, and to put it bluntly, a lot of them are assholes. The two male leads whose conversations monopolize your time are varying degrees of callous, delusional, lewd, and utterly distasteful. One of Anna’s friends rewards respect with vitriol. Ultimately, trying to appease certain characters in later playthroughs made me scrunch up my face and utter all manner of crude things. At least they’re well-acted; while the sections that utilize live-action video and audio were clearly made on a budget, they’re well-produced and never broke up the pace of the game. What did break up the game was its horror elements. SIMULACRA frequently excels at developing a tense atmosphere. Several times, a sudden phone call or notification in-game literally made me jump in my chair because I was so focused on some other task. Certain changes to the phone’s interface are so subtle that they made me second-guess whether anything was different. However, not content with subtlety, SIMULACRA also throws in that old horror classic: jump scares. Simply put: they’re completely unnecessary. They add nothing to the story, trying to capitalize on the already-tense atmosphere by playing sudden loud noises and showing horrifically distorted images. With only a handful throughout the experience, they didn’t get too egregious, but even that felt like too many.

Despite my numerous complaints with it, SIMULACRA was, at its core, a title that had me engrossed. My first playthrough was nearly completed in one sitting, and I still felt compelled to go back for more. I got so invested that I literally spent hours researching Greek mythology, Morse code, and important mathematical values to attempt to solve a side objective for an achievement. I never figured it out, but I still don’t want to give up. Really, that’s what SIMULACRA has going for it. Much like us, it’s rough around the edges and may seem unremarkable. Look a bit closer, though, and there’s a lot more going on beneath the surface. 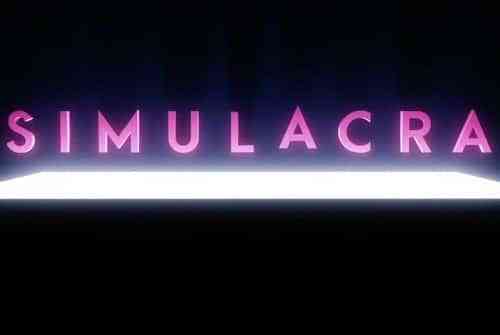 Next Call of Duty: WWII Review – A Gritty Return to Real Warfare
Previous Knowledge is Power Review – The Ultimate Quiz Game for Your PS4