Many puzzle games borrow mechanics from physical, real-world puzzles. In the case of Rooms: The Unsolvable Puzzle, the gameplay mechanic is based on sliding tile puzzles. These puzzles involve moving one tile at a time into an empty adjacent space until each piece is where it’s supposed to be to complete the puzzle. Rooms complicates this base structure: instead of trying to unscramble an image, your character must make her way to the exit of each level by rearranging the room to create a path. Additionally, she can move only the tile she is currently standing in. This quickly makes the endeavor of moving the tiles more challenging than it would be otherwise, but the goal is still to move tiles to their proper place.

There are extra complexities, such as various objects in the rooms that have effects on the puzzle. Telephones are used to teleport between tiles, closets swap tile contents, and so on. They’re all quite random, but are explained the first time you encounter them by a talking lantern sidekick. This “character” also occasionally imparts pieces of the game’s backstory which rarely make any sense. The story is where the game slips into murkier waters. 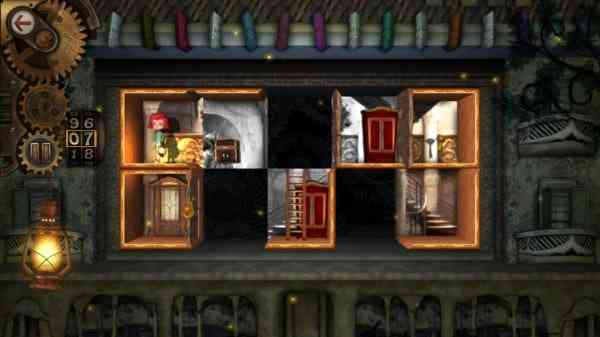 On top of a basic puzzle game, developers often feel the need to provide some reason for the player to get invested in the game. Why should I care about doing these puzzles? The answer, of course, is that you like doing puzzles, but judging by the number of puzzle games with bizarre nonsensical storylines surrounding them, a mere interest in solving puzzles is apparently not enough to make a game appealing. So there are stories and characters and dialogue. But then once all of this is built up, what is the narrative justification for actually doing these puzzles? Is there some sort of story-based reason to slide all of these things around and find more rooms? The story and the game quickly become compartmentalized, one simply unlocking more of the other.

“The story and the game quickly become compartmentalized, one simply unlocking more of the other.”

The problem with games that do this is that they turn gameplay into a task that must be completed in order to see the next part of the movie/slideshow, rather than focusing the player on the puzzles themselves. All you want to do when you’re playing Rooms is to get through each level so that you can get to the next one. And the next one. And the next one. And then you’re done, and you got to see a weird story about some guy with a magical puzzle piece that lets him make… toys? Or something. But you aren’t driven to complete the game because the story is interesting or because you really want to see what happens, but because the game seems solely devoted to showing the story to you rather than expecting the puzzles to stand on their own. 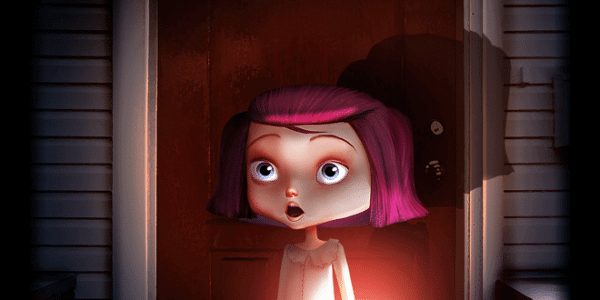 The game’s name is the culmination of its failure to combine puzzles with story. “The Unsolvable Puzzle” refers not to gameplay (which is by definition the epitome of solvable) but to an affected mysteriousness surrounding the game’s thinly-sketched plot. The name attempts to give interest to a game which the developers must assume would be boring otherwise, which in turn throws the entire endeavor into question. If the game wouldn’t be interesting without such an obviously oxymoronic title, it’s not likely to be any better with it.

The puzzles in Rooms actually are somewhat interesting, though no matter how many teleporting phones or exploding jack-in-the-boxes you put in them you’re still just sliding tiles. It’s cute, but there isn’t a ton of depth and even with an increasing number of twists it gets fairly repetitive. And the story doesn’t save it — listening to a talking lantern say the same thing over and over again and reading cutscenes that seem like they were written with magnetic poetry doesn’t make it any less repetitive.