For the first time, Romancing SaGa 2 has come to home consoles officially in the West. While previously releasing in English on mobile devices last year, the game finally reaches console gamers’ hands. As part of the long-running SaGa video game series, Romancing SaGa 2 is the fifth game in the franchise that features nonlinear gameplay and open world exploration. Having previously played Unlimited Saga back on the PlayStation 2, I was eager to take a look at Romancing SaGa 2. With enhanced graphics and audio, new character classes, and a New Game+ mode, this title looks to be a solid remake.

The plot of the game revolves around the world’s Seven Heroes who previously saved the world and since disappeared. The game’s narrative is focused on King Leon and his heirs throughout generations who do their part in saving the world by defeating various demons. The successors to King Leon’s empire are determined by chance as well as the characters who were assisted by players. Without getting too deep into spoiler territory, the game’s lengthy overarching plot (multiple generations) feels unique and grandiose. 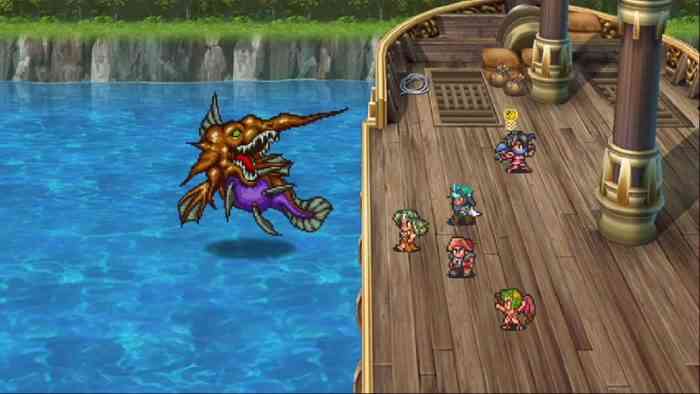 Romancing SaGa 2 allows players to play the original version of the game, or an updated version that also features additional content. As a JRPG, the game utilizes a turn-based combat system and also has an interesting progression system. Rather than leveling up, players improve their characters’ skills through repetition of actions. For example, the continued use of magic will improve that character’s magic abilities. Additionally, there is permadeath in the game; when a character faints in battle, they lose LP which, when depleted, results in that character’s death. It is safe to say that Romancing SaGa 2 features some intriguing gameplay elements not often seen in contemporary JRPGs. The only issue I faced with regards to the gameplay was the movement, which felt the slightest bit clunky when moving around the various maps.

As a game originally released in 1993, Romancing SaGa 2 is blessed with pixel art graphics that hit the mark. While this graphical style can be hit or miss at times, the game does an excellent job in making an old game look good. In short, the game does a good job in differentiating between characters as well as making them look good. In addition to the characters, the backgrounds and the environments are also done very well. The only issue in terms of graphics is that the menu looks quite bland compared to the other parts of the game.

“… the game does an excellent job in making an old game look good.”

Romancing SaGa 2 sounds just about as you would expect any JRPG from the era to sound like. Specifically, the music and sound effects from battles sound quite generic when compared to other titles. Though this does evoke feelings of nostalgia, it definitely highlights the similarities of games past. However, a brand-new soundtrack and audio effects for the game would be an unrealistic expectation from the updated version. Objectively, the soundtrack does its job in terms of appropriate battle sound effects and background music.

Overall, Romancing SaGa 2 is a good remake that brings the game West officially. With appropriate updates and feelings of nostalgia, Romancing SaGa 2 feels like a game from the 1990s, but looks a lot more polished. With some unique gameplay mechanics and challenges, this JRPG is one that fans of the genre could be quite interested in. With this title coming to North America officially, we hope that the SaGa series gets more attention in the future.