If there is one genre I was probably most excited about on the PlayStation VR (PSVR), it would have to be first person shooters. Unfortunately, Pixel Gear lacks any real depth or variety to show off how a first person shooter can properly work in VR.

Oasis Games has been a big supporter of the PSVR. At launch, Oasis Games has four titles including Ace Banana, Weeping Doll, Dying Reborn and of course Pixel Gear. Ace Banana was the only other Oasis title I have played for PSVR and I enjoyed it a lot more than Pixel Gear.

The controls in Pixel Gear are fairly straight-forward. The game is played using a Playstation Move controller and features several basic actions – shoot, reload, change weapons and activate a weapon’s special ability. You can cycle between a pistol, machine gun, sniper rifle and grenade launcher. The pistol is easily the most reliable weapon as it features unlimited ammo and is great for landing headshots.

“What’s unfortunate is that from one wave to the next you’ll frequently see the same enemies over and over again.”

Pixel Gear shares similarities with Ace Banana in that you fight wave after wave of enemies before taking on a final boss. With Halloween being last week, Pixel Gear seemed like an appropriate game to play. The enemies you’ll face off against include skeletons, bats and pumpkin bombs. What’s unfortunate is that from one wave to the next you’ll frequently see the same enemies over and over again. There are only three levels in the game with each of them playing out the same way. 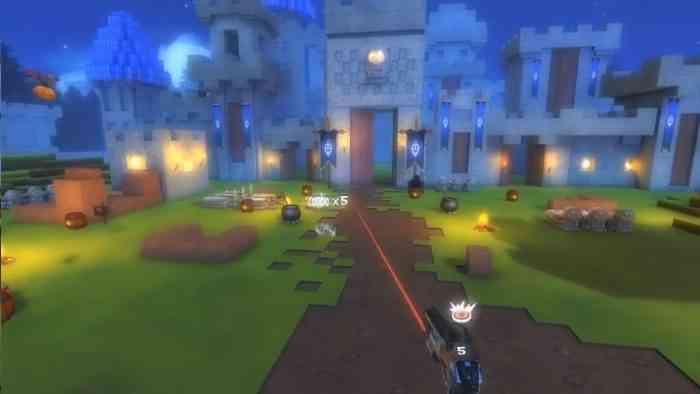 Most enemies can be dropped with a single headshot. In addition to that, some of the enemies have no real sense of direction. You won’t be fighting anything that will duck for cover or move out of the open. Instead they frequently walk into your line of sight and don’t put up much of a fight.

Another aspect of Pixel Gear is the game’s reward system. In each wave of enemies you fight, you’ll also see ghosts come out of the ground. You’ll want to shoot the ghosts who have gold coins with them as you can redeem these for new weapons and upgrades. Also mixed in are angels that act as civilians. Accidentally shooting the angels can reduce your score. It can sometimes becomes difficult to land shots on ghosts as they tend to fly awfully close or right behind the angels, making for a fun challenge.

“While the shooting mechanics are solid, the overall game just feels bland and repetitive.”

The boss battles change the action up a bit, but the overall experience grows old quickly. In some respects Pixel Gear is such a short game that it almost feels like a tech demo, similar to Harmonix Music VR.

Pixel Gear gave me a little glimpse of what first person shooters can feel like in VR. While the shooting mechanics are solid, the overall game just feels bland and repetitive. In addition to that, the short length makes this a game you won’t be experiencing for very long. 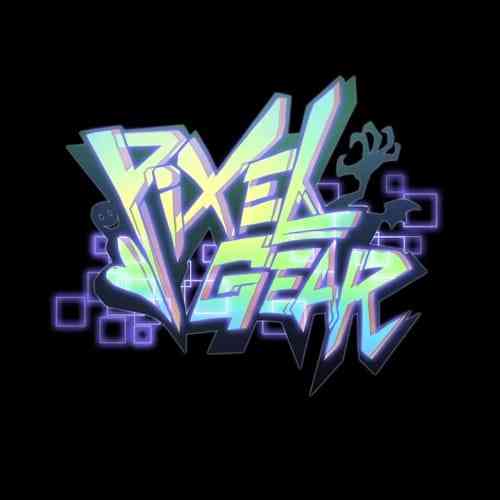