The Mooseman Review – Bizarre and Enthralling, but Barely a Game

Have you ever found yourself watching something that you didn’t really understand but kept watching anyway because it was crazy and cool? This week I had that experience with a game based on a reconstruction of myths from ancient Finno-Ugric tribes, which tell the story of a journey made by the game’s titular character: a half-god, half-man being called The Mooseman.

Being based in obscure and reconstructed mythology, the game draws heavily on its artistic assets to bring substance to the bizarre story, and those artistic assets are the highlight of the game. The music is nothing short of enchanting, featuring beautiful vocals. The graphical style is appropriately unique and inspired, rooted in what’s called Perm Animal Style. The two are true delights for the senses, and I would highly recommend that you play wearing the best headphones you can find. It is truly refreshing to find and enjoy something so inspired.

A Game That Should Be a Movie

Unfortunately, I wasn’t able to enjoy it for very long. The entire game is easily completed in an hour and a half, most of which is spent moving right, ooh-ing and aah-ing at the game’s visuals. It’s probably for best that it’s runtime is as short as it is, though, so that the player isn’t able to grow numb to the aesthetics. Not growing numb to these aesthetics is absolutely vital for this game because they are the only thing on which The Mooseman stands as a game. The gameplay is dull and clunky, with massive delays between player input and character response; the puzzles are short and unoriginal, which feels remarkably out of place in such a unique game; and the movement is slow, grabbing desperately at every second of its 90-minute runtime. Good on the developers, though, for knowing their game well enough to incorporate an ability to auto-walk by double-tapping the direction you want to travel. This combines with the puzzles, which do, to their credit, make use of the game’s primary (and almost only) mechanic of looking between the mortal and spirit worlds, to create a beautifully presented work of art that would serve as a better short-film than game. The mechanic I mentioned before is somewhat interesting, as it shows how common objects are connected to otherworldly beings, but the player almost always wants to keep the visuals on the spirit-world setting because that’s where the visuals are most interesting. The only times the player willingly steps out of that mode is to complete puzzles that require that they do so. The player would gain just as much if they didn’t need to interact with the world, instead just sitting back and taking in the visuals and music. 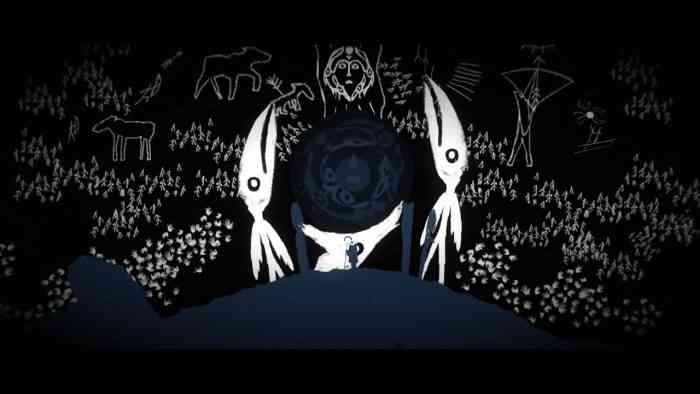 This seems to be a common theme in the indie scene. People want to tell a story with interesting art and music, but find themselves falling short of the production value, or perhaps unaware of the appropriate outlets, for animated films. To remedy their issue, they bring their story and artwork into a side-scroller or something similar with a few puzzles for the sake of having something that can be called “gameplay,” and they call it a game. This is a misuse of medium and of the truly excellent pieces of artwork that often fall victim to it. Music can benefit from visual accompaniment, or it can be hindered by visual accompaniment. Photographs can benefit from textual captions, or they can be hindered by textual captions. Stories can benefit from being interactive, and they most certainly can be hindered by being forcefully made interactive. Every medium has its pros and cons and every piece of art has a medium that would suit it best. Video games are a special medium that involves people in a special way, but that does not make video games a more universally applicable medium than any other. If a piece of artwork doesn’t need to be interactive, then it shouldn’t be made to be interactive. The Mooseman is a beautiful story with excellent art and music, but the gameplay adds a something of a chore to an experience that would be better spent relaxing. Gameplay should be a delight, not an obligation. As a game, The Mooseman falters, but its atmosphere, tone, and storytelling all take huge strides to make up for the lacklustre gameplay. All-in-all, it’s certainly not bad, and I don’t feel guilty recommending it.

***A PC copy of the game was provided by the publisher*** 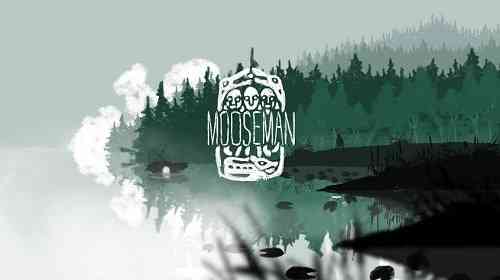