The Major League Baseball season has been in full swing for over a month. Likewise, Sony’s highly touted MLB: The Show franchise has been in PS3 owner’s hands for several weeks now. Given MLB 14: The Show for the PS4 was slated for a May 2014 release I held out bypassing the PS3 version all together. Just like many, I saw all those dazzling PS4 gameplay demos and incredible looking screenshots in the weeks leading up to the games release. There was no question I was looking forward to this next generation version of The Show more so than any of the previous MLB games in recent memory. Yup, you had me Sony, I was sold!

Whoa whoa whoa… stop the clock. I started planning The Show’s victory parade far too early. MLB 14: The Show for the PS4 is a solid baseball game. In fact the franchise remains the best (well… only but at least it’s good) in the business. Still, I do have issues with the game and more than just a few.  Bottom line, there is plenty of room for growth and perhaps you may be better served to hold out a year. 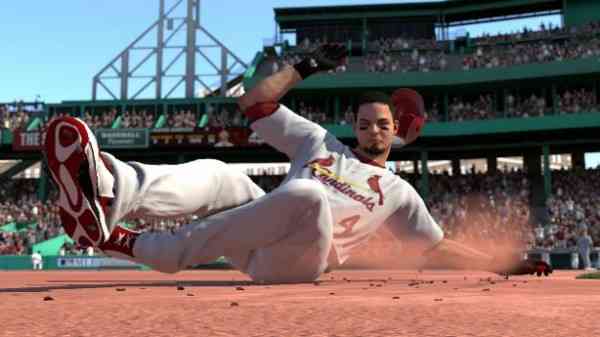 If you played any of the previous MLB: The Show games on the PS3 in say the last decade, the 2014 edition will feel awfully similar. Sure there are some new wrinkles added to the mix with “year-to-year saves”, “player lock feature”, “quick counts”, “dynamic difficulty”, new animations and enhancements to existing modes. Yet when you shake it all down it still feels like the same game. Okay calm down, I won’t punish the game for the lack of sweeping changes as this is nothing new for those sports fans who remain loyal to their sports gaming franchises. In fact, I liked how I could load the game (which takes an eternity by the way) and jump into a game without having to learn new pitching and hitting mechanics. Fans will embrace that sense of familiarity but even those new to the franchise can take solace knowing the beginner mode accessible to all.

Before I get into how the game plays and some of the other new goodies added to the franchise this year, let’s get to the meat of this review and the reason why I held out – the graphics. Yah, it looks that good.  The colours pop from the screen and the franchise has never looked better. The PS4 version of the game is hands down the best the franchise has looked to date. Players look incredibly life-like, to the point where you can see individual strands of hair. Even the managers look as they should. Sure I can see plenty of room for improvements but make no question about it the players and their animations are life-like. Some of the running especially around the base pads can appear off but overall players react and move as they should. Player mannerisms and batting stances are bang-on for the big name MLB players. 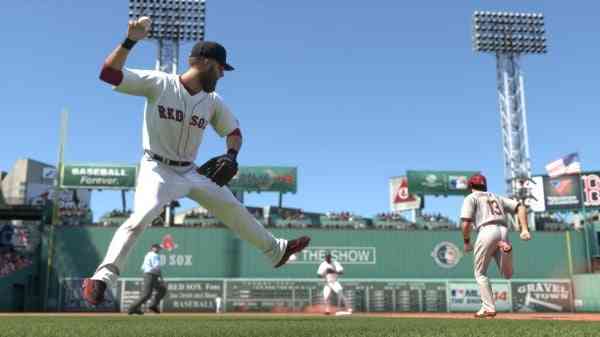 The ball parks are also fabulous.  They are bright, vibrant and full of life.  The fans are especially noticeable as they all stick out individually wearing different types of their favorite team’s merchandise. Some fans can even be seen wearing the visiting teams gear. Even the stadiums surroundings are true to life.  For instance, you can see City-Link Field in the background while in the batter box at Safeco field in Seattle.  Having been to quite a few Mariners games over the past few years, I can vouch for how accurate the stadiums and its surroundings look.

Despite all the good, and there is plenty of good when it comes to the games visuals, there are a few negatives. For starters, I did notice the odd clipping issue where players would morph into one another. Also I noticed in another occasion where the catcher threw his mask to make a play and the mask was caught in mid-air. Yah it was weird. As for the players, none of them displayed their tattoos which I found odd. Brett Lawrie for instance is covered in them but his player in the game has none what so ever.  Last but not least the load times are awful.  Good grief I was hoping next gen consoles would see the end of long load times.  Not the case sadly as MLB 14: The Show will test your patience time and time again as that sucker loads up.

Out of all the new additions this year (and I won’t bore you to death going on about all of them) my favorite has to be the “Dynamic Difficulty”.  Now you can start out on a lower difficulty and as you become acclimated an advanced logic system will then grade your skill and adjust the challenge level up or down based on your overall performance. I noticed after a couple of games, hitting became a little more difficult as my skill progressed.  Likewise, hitters were having more success against my pitches the more games I played. It is a neat concept as I often felt my pitching was far superior to my hitting. Sliders remain the great equalizer but let’s face it those new to the game aren’t tinkering with the sliders and will only play with default settings. 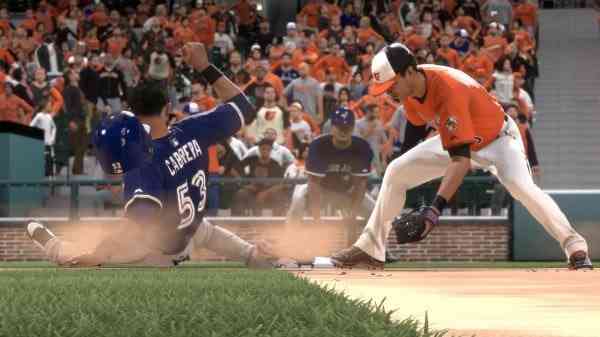 Dynamic Difficulty is great and all but what good is any baseball game if the hitting and pitching mechanics stink. Well once again Sony delivered the goods. Hitting feels great, natural and remains a challenge. You have to be selective in terms of what balls you take a swing at. In beginners mode you can be a little more reckless but as the difficulty ramps up be prepared to exercise some plate discipline. Likewise, you won’t be able to strike out batters by simply firing fastballs down the plate. It a strategy game and Sony has perfected this aspect of the game.

Another new addition you will readily notice is “Quick Counts”.  Anyone who has played an MLB: The Show game knows games can take anywhere from 45-minutes to an hour.  Who has that kind of time anymore?  I don’t. Now you can play a full nine-inning game in less than 30-minutes. Despite the shortened game durations, your stats don’t get compromised. Instead of going up to bat with a new count, you can go up to bat with a 1-1 count or even a full count.  Same goes when you are pitching.  The counts are all over place from one batter to the next.  It a nice little addition for those that want to speed things up and get their games in as fast as possible. 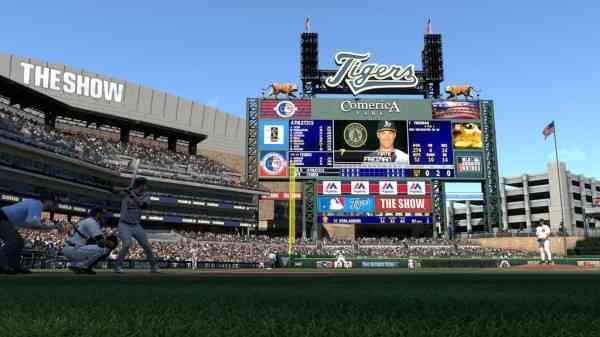 When it comes to the sound, MLB 14: The Show is solid and does a wonderful job at creating that MLB big league atmosphere.  From the chants, cheers and jeers from the fans to the sounds of the bullpen pitches smacking the catcher’s mitt, everything is awesome and spot on. The three-man team of Matt Vasgersian, Eric Karros and Steve Lyons return providing the commentary for the game. This year I noticed far less repetition and their comments were very timely. It was a nice treat compared to some of those canned repetitive statements from years past.

Sony’s MLB franchise has unquestionably made a successful leap to PlayStation 4. The franchise has never looked better and the game has made yet another jump into the realm of ‘true to life’. MLB: The Show retains its crown as the undisputed king of baseball games. This being said, it remains by in the large the same game we have played over the course of the past few years and the glitches do seem more prevalent. I would not blame if you wanted to wait another year to see what the development team could do with more time on the PS4’s hardware. There is plenty of room for growth but if you can’t wait you really can’t go wrong either.

Next Wolfenstein: The New Order (Xbox One) Review – Ditch Your Other Shooters, This is The One to Own
Previous JoJo’s Bizarre Adventure: All-Star Battle (PS3) Review – Bizarre Doesn’t Even Cover It… It’s Bananas!