Every day we are faced with dozens of announcements of trailers for new and upcoming games by indie developers. As resources become more easily available for creators, and not to mention the number of talented individuals out there, it can be hard to determine what games are worth following, and upon release, if the game will quite live up to our expectations. But then we are presented with games like Inked, with its unique pen and paper-crafted style, puzzler and platforming gameplay along with excellent storytelling and emotional connection to the characters, it’s obvious why this game stood out from the rest. But how does this game fare against the others?

Inked follows the story of a nameless hero, a wandering ronin as he ventures on his quest to find his beloved Aiko. As our nameless hero has given up the use of weapons, we are equipped with a pen, being able to create various shapes that will help us proceed past each challenge. With an interesting twist, we are also presented with the actions of Adam, the creator of the story and acts as the overall antagonist as he continuously presents our character with various different complicated challenges. Adam’s actions largely remain unknown, however as players progress, we will begin to uncover small bits of information about our creator and just how the tale of these two vastly different individuals will come together. 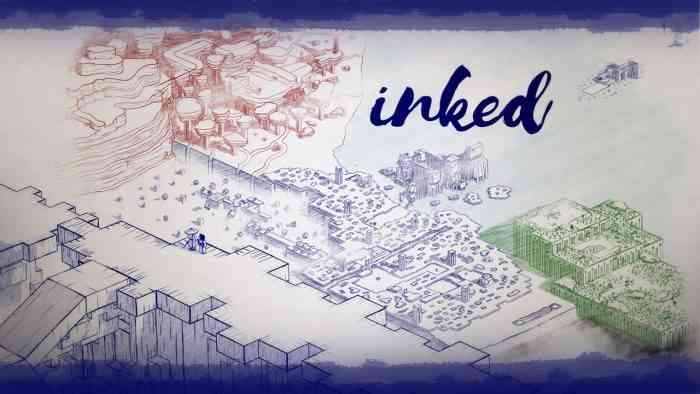 The gameplay itself is a very general puzzle platformer. What makes the game unique is the featured move-set based on the tool that is provided for us, our pen, early on in the game. With the pen, our nameless hero can create different platforms and items to help us continue forward towards the next puzzle. Each obstacle starts off simply in the beginning however as you venture on in the story, you will begin to receive more tools along with harder challenges. By running into spilled ink pots, our hero will gain extra blots of ink that will allow you to create more than one shape at a time in combination to proceed forward. Inked does a great job of doing no hand holding whilst playing and the further you progress, the harder the puzzles will become. You’ll absolutely need to put on your thinking caps for a few of these challenges and that is absolutely ok as the rewarding feeling once you pass through the gates is a fantastic feeling.

Now here’s where we talk about what didn’t always work. Inked utilizes an isometric viewpoint that has the world placed at an angle. While this is usually fine in itself, there are quite a few instances that really show that this game demands precision platforming and item placement. Nothing is more frustrating when you can’t make a certain jump since you can’t quite tell how far the other platform is. One of the main issues I had was trying to place or stack something against or on the wall. Due to the angle of the camera, you’ll think you have it perfectly planned out for it to only have it turn out that the block you were trying to place was too high or too far away. For quite some time, I honestly did not think I could stack my blocks on top of each other as once they would appear, they would drop somewhere else or just would not place. This frustration intensifies when Inked also throws in time limits into the mix for a few of the puzzles.

Interestingly enough, you cannot move in a cardinal direction without first holding two buttons. I feel as this game was partially developed without the regard of the isometric viewpoint as holding down W will take you up towards the top of the level, however, none of the levels are laid out with paths in this way. If you’re traversing a sidewalk or a bridge, without holding both A and W together, you will be making quick tracks over the ledge. 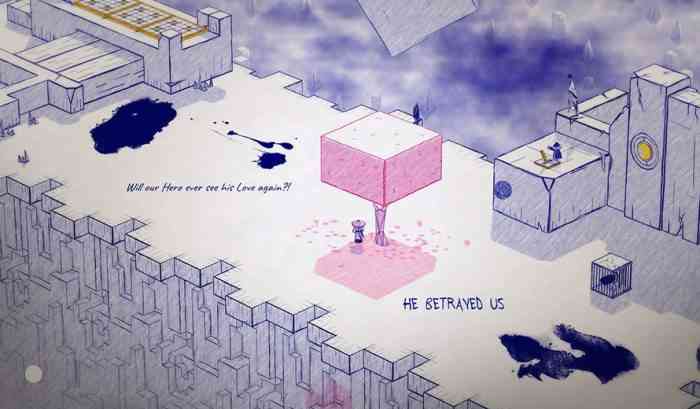 Aside from the paper and ink world that is wonderfully realized, we must mention the audio. The music is atmospheric and perfectly corresponds to the themes of the game and the locations that the players will find themselves in. The audio is exceptionally well done and adds much charm to this papercraft world and adds much to the mood during those emotionally charged cutscenes.

Despite some of the confusing mechanics, awkward camera angles and inelegant solutions, Inked is still very much a visual delight. It presents us with an intriguing narrative and along with a beautiful soundtrack, it is worth checking out as there is a ton of great potential here. While this game may not be for the faint of heart puzzler, those who are more experienced, especially with some terribly fussy controls, this game may just be right for you. 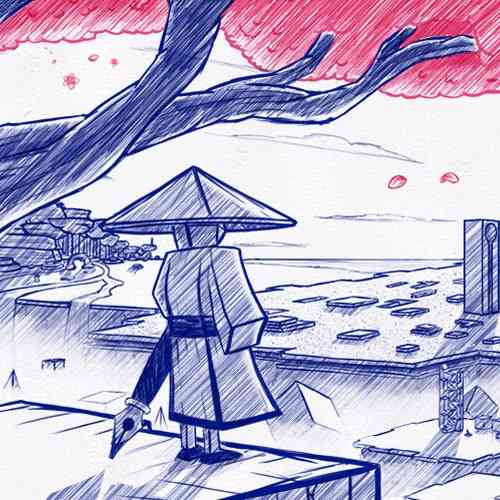