Guardians of the Galaxy: A Telltale Series Episode 5 Review

If you’ve been following Guardians of the Galaxy: A Telltale Series since the beginning, it’s no secret that Telltale Games has struggled with the narrative and pacing of it and despite their best efforts some parts of the story have either fallen flat or just felt forced. While this episode, appropriately titled Don’t Stop Believin’, struggles to leave some of these same issues behind, it is both impactful and emotional, wrapping the series up with a nice little bow.

Following a ton of uncertainty for the Guardians in the fourth episode, Who Needs You, Telltale could have gone anywhere with the story. Even though they had an endless number of possibilities, they chose an avenue that made the first half of Don’t Stop Believin’ seem undercooked and more than a little forced. After a huge fight ends episode 4, the future for the Guardians: Peter Quill, Gamora, Rocket, Groot, Drax and even Mantis, seems unclear. While emotions ran high during Who Needs You, and the gang decides to go their separate ways, Telltale basically forces them back together in this episode.

“The narrative is where Telltale Games has shined throughout the series, and episode 5 really proves that.”

Considering there is no real time gap here, the fight between the Guardians seems to have lasted all of a day in game time, if that. It can be argued that it’s obvious the team would work together again because they are the Guardians of the Galaxy after all; however, the reunion feels way too rushed. There is always a problem to be solved, a big bad to be defeated and another adventure to be had, and while the ups and downs of the team are what make the Guardians a family, it would have been nice to see more of a lead up to the reunion. With that said, Telltale spends the first half of the two hour game time on this alone, which just seems like a bit of a filler leading up to the second half of the episode.

Once the team has hugged it out, they turn their attention to saving the world from Hala. Without spoiling the story here, this second half of Don’t Stop Believin’ is, without a doubt, the strongest part of the entire series. The finale definitely lives up to its name, giving us emotional highs and lows, as the Guardians kick ass yet again in the final fight of the season. After five episodes with the Guardians, not only are you invested in their adventure, but also their emotional journey. The narrative is where Telltale Games has shined throughout the series, and episode 5 really proves that. Even though the entire series could have benefited from some more action-packed scenes, the emotional and impactful story more than makes up for it here. Don’t Stop Believin’ gives you the feels more times than you can count. With the flashbacks between Peter and his mom and the throwback to where it all began for the Guardians, there are a lot of moments that bring everything else from the series into focus. The series draws to a conclusion in the best way, yet Telltale seems to keep it open to the possibility of a second season. And of course, what would a finale really be without some good old Hall & Oates to jam out to throughout?

Despite the first half of the fifth and final episode coming off more like a filler than part of the story arc, the second half knocks the entire season out of the park. Full of emotional highs, an interesting and impactful narrative, and a few surprises throughout, Don’t Stop Believin’ makes you want to do just that – keep believing in the characters and their future. Unfortunately, I’m left wondering how good this episode could have been if only Telltale had spent half of the care and attention with the first part of the episode as they did with the ending. With that said, I’m definitely curious to see what that future holds for the Guardians, and where Telltale might take them next! 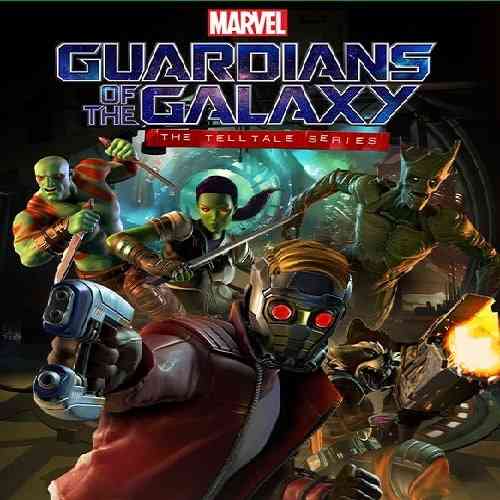 
The Wolf Among Us 2 Using Old Devs, New Engine

The Wolf Among Us 2 Confirmed at The Game Awards