There’s a good reason the God of War series has been among the most acclaimed in modern gaming.  It is a perfect combination of classic storytelling and ass-kickin’ arcade action, satisfying both the yin and yang in every gamer.  When we play God of War, we aren’t just playing a videogame, we are living the dream we had as children reading those mythical tales – to travel to Olympus, meet the Gods themselves … and kill them.

Ok, maybe we didn’t want to kill Hercules, Apollo and Zeus; but damn, Kratos sure does.  This guy has an Olympus-sized hate on for the entire Greek pantheon, and in God of War III, he takes it to a whole new level of mean.  Now, if you haven’t played any of the series at all before – well first of all, congratulations on coming out of that coma.  To catch you up, Kratos is Zeus’ son, and he wants revenge for, well, a bunch of things.  Let’s just say the Gods ‘done him wrong’, big-time.  In the first God of War (2005), he was tricked by Ares into killing his own wife and children. Then, in God of War II (2007), Kratos is betrayed by his own father, Zeus, who takes his powers and kills him.  Wow – talk about dysfunctional families. So yeah, Kratos has some serious Oedipal issues by the cliffhanger end of the franchise’s second instalment, in which he has finally climbed out of Hades and has his murderous sights firmly fixed on none other than Big Daddy himself – Zeus.

“If you are a newcomer playing God of War III for the first time, it will still be fun as hell, don’t worry, but it will just have no context for you.”

And that brings us to God of War III, first released back in 2010 on the PS3.  Like any great Greek epic, it begins in medias res, with Kratos still on the back of Gaia, climbing towards the top of Mount Olympus.  The game, like the first two, throws you into the action right away, and you have already sliced and stabbed lots of enemies before you even have time to realize that you have started.  If this is your first time playing a God of War game, you will have no idea what is going on – and this brings me to my first quibble with God of War III Remastered. Sony had a perfect opportunity here to bring newcomers up to speed by including the first two games in this package.  But no, you are only given the one game, and if you want to play the other two, you will have to play them separately through PlayStation Now. It just feels chintzy, especially considering God of War III Remastered’s $40 price tag.  If you are a newcomer playing God of War III for the first time, it will still be fun as hell, don’t worry, but it will just have no contextual basis for you.  Never fear; all you need to know here is that Kratos wants revenge, and in this game, he will finally have it.

5 years is a long time in gaming, and I will admit that I was less than enthusiastic about revisiting God of War III – I felt that I had been there, done that, and had moved on.  But I must admit, playing it again made me remember how much fun this game – and the God of War series – was and is.  You are pulled in so skillfully, right from the start, that you never have time to get bored.  And the developers get everything so right – from puzzle-solving, to razor-sharp combat, to pure visual eye-candy – that even players who finished the original God of War III on the PS3 will certainly have lots to enjoy on a second run-through.  The only down-side – and it is a rather big one – is that there are no surprises this time around, and therefore the magic of discovery and accomplishment in playing God of War III again, 5 years later, is just not there like it was the first time. 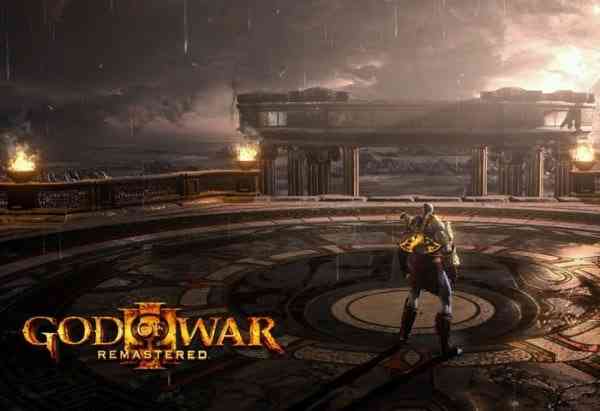 As for the game itself, it must be remembered that this third installment in the original trilogy was the weakest of the three in terms of its plot.  Like many movie sequels, it tended to lean much more heavily on action and spectacle than its predecessors, sacrificing some of the storytelling that first made the series great.  In God of War III, Kratos is a much more one-dimensional character than he was in God of War I or II, and his personality has been flattened down to essentially one quote – “I will have my revenge!” – which he repeats constantly, like some kill-bot whose programming has gone haywire.  While the first two games in the series drew their inspiration from the tales of Greek mythology and tragedy, God of War III is, if anything, more along the lines of the Die Hard movie series.  But instead of gun-toting assassins with headsets, Zeus sends fellow gods to take out Kratos, who all fall, one by one, just as we would expect from any good mindless action flick.  All that is missing is Kratos pulling out a walkie-talkie, John McClane-style, to threaten Zeus after each kill – “I’m comin’ for you, jerk-off!”

If the story and characterization in God of War III are paper-thin, it was in the area of visuals that this game really excelled when it was first released.  Coming out late in the PS3’s lifespan, it was perhaps one the greatest displays of what that console could do graphically.  And that means that in its Remastered version on the PS4, it looks pretty damn good, even for a 5-year-old game.  The key to judging remasters is in the cut-scenes; sure, they can up-res the gameplay to 1080p, and the framerate can be pumped up to 60 FPS, but the cutscenes will always tell the true story.  PS3 owners will remember this, when remastered PS2 classics (like God of War I and II) were released on that console.  Their blurry, blocky cut-scenes often felt jarringly out of place with the rest of the game, and really took you out the experience. 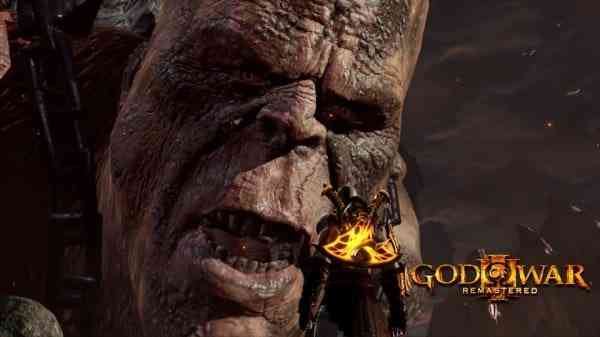 But in God of War III Remastered, there is no such stark contrast between the PS3-era cutscenes and the rest of the remastered gameplay on the PS4.  Sure, there is a slight difference in resolution that becomes noticeable when you watch the cutscenes closely, the framerate is lower, and the colors seem a bit duller – but the differences are very slight, and certainly not distracting. In gameplay footage, framerate maintained a faithful 60 FPS, and textures showed awesome detail even when close-up, allowing me to see Kratos’s rage-filled pores in all their glory, whether I wanted to or not.  And that level of detail is a testament to just how advanced the original was for its time, as much as anything.  If God of War III Remastered were a new release on the PS4 today, it would fit right in visually with any other title out there.

“This remastered edition offers them little reason to come back for another visit – there is no extra content, no new gameplay, not even videos like “The Making of God of War III” to sweeten the deal.”

Look, let’s get to the big question here – should you spend $40 and buy God of War III Remastered?  That is a tough question.  If you have never played this game, then the answer is easy – yes.  Hell yes.  Right now.  But, as I alluded to earlier, I would think the number of people in this category are very few.  For most PS4 owners, God of War III is likely a game that they played back in 2010, loved, and moved on from long ago.  This remastered edition offers them little reason to come back for another visit – there is no extra content, no new gameplay, not even videos like “The Making of God of War III” to sweeten the deal.  All you get, besides a slightly-better-looking God of War III, is the ability to take screenshots of the action using a new Photo Mode.  For those people, who likely make up most of the people reading this, the answer is, no, you have no real reason to buy God of War III Remastered.  This is the same game you played 5 years ago, with a bit of polish.

God of War III Remastered is the same fun, visually-gorgeous end to the epic Kratos revenge-tragedy that came out in 2010.  It has all of the same strengths, and few of the same weaknesses, that it had before.  I would always give this game high marks, no matter how many times they re-released it.  But while it was, and remains, a great and classic game in its own right, unless you have somehow never played it before, you should give this Remastered version a pass.  Instead, wait for a bonafide new instalment of the series, if and when another one is made in the future.  Kratos’s rage is limitless, and I am sure he still has many more enemies to get revenge on in his future.