Gaming fans generally don’t like it when a game becomes free-to-play; the community becomes overrun with new users, micro-transactions are in every menu screen, and the game is full of kids screaming a language I’m too lazy to learn. That being said, occasionally, the shoe can end up on the other foot. Ace of Spades is a previously launched game that was created by Ben Aksoy, a name that I’ve had to copy/paste from Wikipedia. Word of mouth described it as “Minecraft with Guns!” and well, that’s pretty much what it was, and as a result it quickly grew in popularity online. The game was small, easy to run, free and combined the ease of Minecraft’s block-building with the structure of a shooter, creating an intriguing dynamic of making the player decide whether to be on offense or defense.  But then the people behind Runescape showed up and took the IP over; they said “Let’s add jetpacks!”

“...it seems that Jagex have learned a thing or two since their last attempt with the previously mentioned Ace of Spades.”

Normally jetpacks make everything better, but unfortunately for developer Jagex, this arguably game-breaking decision made for a community that took a note from Iron Maiden and ran to the hills. But Jagex isn’t a studio that gives up, and they have sunk their teeth into a few packs of Twizzlers to produce Block ‘N Load, a 5v5 PVP Minecraft Shooter Team Fortress MOBA…thingy.

Okay, so the game wears many hats, but given a quick overview it seems that Jagex have learned a thing or two since their last attempt with the previously mentioned Ace of Spades. Instead of filling up empty fields with snipers and jetpack users, Block ‘N Load drops the player count and includes six varied and unique classes to select from. The game’s title is also not an accident; every match in Block ‘N Load begins with a “Build Phase.” Once again you will be switching between attack and defend; both you and the enemy have a core that’s being protected by a shield generator and your goal is to to destroy all the opposing team’s generators before sneaking into the enemy base and destroying the core. Each map in the game is symmetrical on the surface, but due to the build phase you and the enemy team are going to be set up differently. Block ‘N Load’s claim is that “NO GAME IS THE SAME” thanks to all the variety and depth with classes, weapons, blocks, equipment and the player’s own creativity.

Block ‘N Load is an improvement from Ace of Spades. The ten-player cap and smaller maps create a more dynamic battlefield where there’s far less empty space. Fewer players also mean that each team-member is more vital. As expected, certain classes don’t have access to specific items or abilities. For instance, the Assassin can scale walls and laydown traps, but he doesn’t have access to a Radar that can detect enemies and opposing devices. The game does feature a “Starter” class similar to a MOBA, but all classes are relatively easy to play, and just like any decent team-based action game, it comes down to what character best fits your play style.

“[It] doesn’t have any of the same balance issues that plagued Ace of Spades, but it has fallen into the unconscious trend of making the most boring ways to play the game become the most effective”

Block ‘N Load is at its best when the dynamic between classes and the game’s customizable levels are at their height of intensity. Just like in Team Fortress or Reflex, any player can turn the tide of a battle if he or she is able to intelligently use their mobility, equipment and raw skill. Nearly every character is a bullet sponge, meaning that there are many occasions when you may think you are sure to be victorious in battle, but it can quickly turn on you and within seconds you’ve stop being the hunter and become the prey. However, for every epic battle with the obvious Rambo parody blowing an M60’s wad at his enemies, there’s also cheap as hell deaths, or a tedious tunnel grind.

The biggest problem with this game is that due to the selection of items, along with the ability to add or destroy any block in existence, it ironically makes most players only use one tactic. For instance, the Assassin character has access to claw traps and fake blocks, which lets him dig holes, lay down traps at the bottom and cover the top with blocks that enemies fall through. For the mastermind behind this work of genius it’s an endlessly and funny exercise in video game trolling; for the victim though, it’s about as much fun as tea-bagging said claw trap in real life. Granted, Block ‘N Load doesn’t have any of the same balance issues that plagued Ace of Spades, but it has fallen into the unconscious trend of making the most boring ways to play the game become the most effective. What’s the best way to defend your core? Build “The Great Wall” in-front of your base so no one can break in, forcing your enemy to shoot at it from afar, making for an experience that’s about as enthralling as chipping away at an actual wall.

Look, I don’t want to be crapping all over this game because it actually is a decent title that based off of many multiplayer games on Steam, and it should get better with time. I am hoping that some content updates come sooner rather than later, as the game only has five maps at launch as well as one game mode and six characters, so in reality there’s not much in the way of content here. I should not that thanks to the dynamic with the varied classes, the game can only be better with friends, but even as you play with them, the cheap tactics and repetitive gameplay can grow stale. At the end of the day Jagex deserves credit for trying and for listening to community feedback so intently… and if they fail again, they can always just fall back onto Runescape.

***A Steam code was provided by the pubisher for this review*** 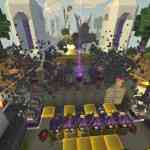 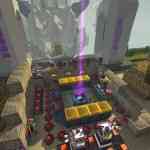 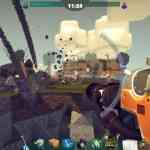 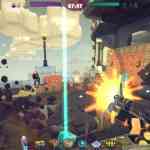 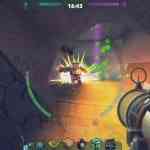 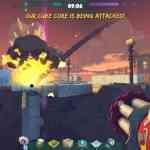 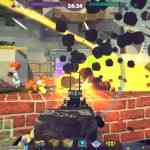 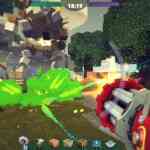 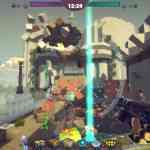 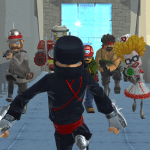