There is something to be said about taking a no nonsense approach with a game’s DLC plans. When so many shooters pepper you with season pass offers, map packs and other downloadable add-ons all for a hefty charge, Machine Games and Bethesda have decided to take a more simplistic approach by releasing one standalone expansion pack nearly one year after the release of Wolfenstein: The New Order. With big shoes to fill The Old Blood comes along at a time when most of us have moved beyond The New Order and on to other shooters. Now The New Order wasn’t anything ground breaking and neither is The Old Blood yet it still does something that a lot of other games never manage to at all. It gives gamers an experience that is visually stunning, remarkably challenging and frantically entertaining. B.J. Blazkowicz is back folks and he’s still kicking ass and taking names!

Set in an alternate history in 1946, The Old Blood takes place just before the prologue in The New Order. BJ is on a mission to infiltrate Castle Wolfenstein so he can nab a top secret folder containing the location of Deathshead’s base. BJ’s journey into the castle doesn’t last long. He is captured, forced to escape and along the way runs into a massive sadistic dog trainer named Rudi Jäger who feeds prisoners to his dogs. The Old Blood takes story elements and characters from The New Order but also contains elements from Return to Castle Wolfenstein. The story also sets the stage for the 2nd half of the DLC which I won’t get into as I will give too much away.

The story isn’t really as interesting as I would have hoped and the amount of cut scenes you received in The Old Blood is reduced considerably. But really, who gives a rip? I’m not downloading this one for its storyline or cut-scenes. I’m playing this to satisfy my thirst for some Nazi killing fun! That said, if story and depth is your thing, The Old Blood’s story is told even further with the many newspaper clippings, letters and diaries you come across in the game. Did I read them? Hell no!

The Old Blood controls and plays very much like its predecessor but the pacing is much slower in the early going and frankly it may turn some off. If you are not a fan of stealth based games the first two hours will feel like a grind. As you are making your way throughout the castle you are forced through some stealth segments that seem to drag a little too long. Granted, I don’t mind a little bit of stealth here and there, and I certainly appreciate the way the developers mixed up the gameplay but when I have some fantastic weaponry at my disposal, I want to use them and use them A LOT. 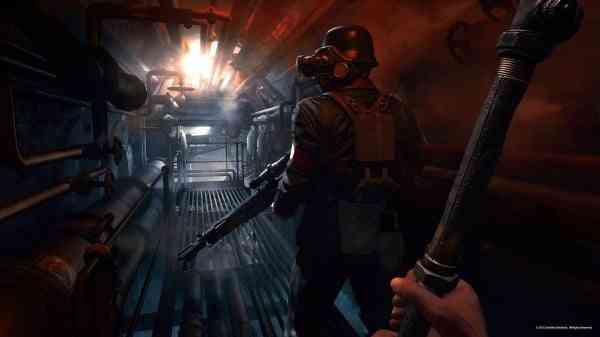 Otherwise, the gameplay is rock solid and I found it considerably more challenging than it was in The New Order. When you aren’t sneaking up behind Nazi’s and jamming a pipe in their neck, you will be sprinting around levels dual wielding machine guns as droves of Nazi’s and other Nazi war machines come hurdling your way. Its frantic, fast paced and so much fun. There are new weapons added to the mix but by and large the weapons will all feel similar to last year’s game. This doesn’t take anything away from them mind you as the gunplay is remarkably enjoyable and satisfying.

Just as it did in The New Order, this standalone content features a massive amount of collectibles, health and ammo is scattered everywhere and the weapons also have an upgrade system. There are secret areas, a perk system and even mini 8-bit Wolfenstein games to be played throughout the campaign. For a $20 dollar downloadable standalone, I didn’t expect to see this kind this detail and depth. Sure you can go rushing through the levels and bang out the game in around six to seven hours but you wouldn’t be getting the full experience. Frantically clearing out rooms then searching through every nook and cranny was my preferred way to play.

“Sure you can go rushing through the levels and bang out the game in around six to seven hours but you wouldn’t be getting the full experience.”

Visually, The Old Blood is a stunner which shouldn’t really come as a surprise. The character models are fantastic and wonderfully detailed. Likewise the level design is awesome! None of the levels seemed generic or like retreads. The colours are vibrant with a gloriously dark and grimy feeling to it. The dynamic lighting effects and shadowing is equally impressive. It is easily on par with The New Order when it comes to the graphics. Just as impressive as the visuals are, the sound is equally fantastic. The sound effects and voice work is top notch. BJ remains the star of the show as he has some pretty funny one-liners throughout the game.

Fans of Wolfenstein: The New Order can proceed to download this standalone expansion with confidence. For the price, you get a rich shooter jam packed with about as much reckless Nazi killing carnage to fill the cockles of your heart. It’s visually superb and about as much mindless fun you will have all year. Wolfenstein: The Old Blood doesn’t reinvent the franchise or really stray from what made The New Order a success but taking this abbreviated journey with B.J. Blazkowicz put a smile on my face from beginning to end. 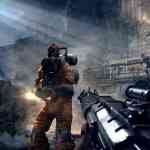 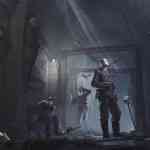 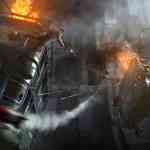 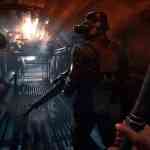 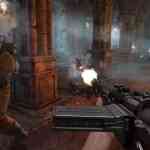 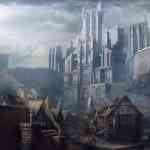 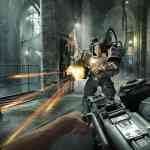 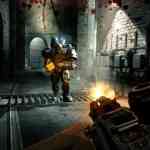 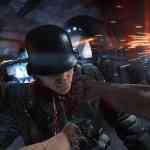 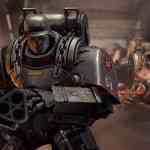