Unexpected hits are some the best things to come of the YouTube/Twitch world. Take something fun and quirky, put in the hands of the right people with the right audience and even the small or strangest games can gain a huge following. Most of the time these seem to be organic happenings, but what if you specifically try and make something to gain that sort of viral following? While that may not entirely be the case, Animal Super Squad for the Nintendo Switch seems to be trying awfully hard to be something that will specifically capture that market. So without further adieu, let’s check out Animal Super Squad featuring slightly wonky physics, funny vehicles, animals, community-made levels, and hats — yup, hats.

Let’s start with the objective, get from one side of the map to the other. Grab your favorite animal and hop into one of several vehicles and go. There is a good variety of vehicles to choose from all featuring their own set of locomotion to grapple with along with the ever so slightly intentionally wonky physics. Of course, it’s not just a straight shot across the map, there are obstacles along the way to navigate. It’s like Bad Piggies but without the fun of actually getting to build your vehicle or portions of the last few Monster Jam titles, but you drive a toilet instead of a monster truck.

Now, this may sound a tad on the dull side so far and, honestly, it is. Don’t worry though, there are hats! Ok, that’s not very exciting either. What do we have that’s exciting then? Well, there is a level editor and the ability to upload and play maps made by the community. The editor itself is quite nice and allows users to create whatever kind of devilish map they desire… If this is your cup of tea, here is your replay value. 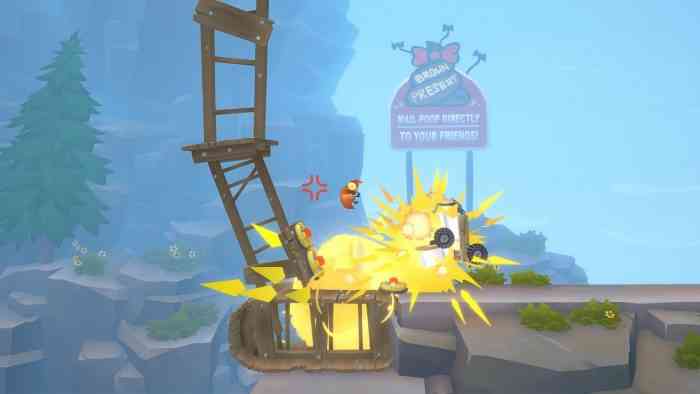 Even if you’re not much of a creator of levels you can still enjoy others’ creations. In an attempt to curate the offerings a bit each week several are selected as part of the community spotlight. The drawback to this is of course that it leaves a lot of the work to create interesting content on the players. While it is probably the best part of the game, it still feels like it’s inclusion is there in no small part due to the popularity of other such user created content titles like Mario Maker. The major difference though is that one has Mario and the other has a bunch of animal characters that players haven’t had years of gaming experience with already.

An Unfortunate Case of Mediocrity

There isn’t much in the gameplay that I found very interesting, so does it at least function well? Apart from some instances of objects that very much looked solid, not actually being solid, the main levels in the adventure mode seemed fine. However, there are bonus levels which can be unlocked and offer up some harder puzzles to solve. In those levels I repeatedly ran into the issue where my first spawn into the level was directly into a wall, requiring a reset to be put back in the proper starting position. It wasn’t just one bonus level either. The pattern repeated itself over and over till I just stopped bothering to attempt any more of them.

Even some things that aren’t technically issues aren’t all that great either. The camera has a tendency to zoom way too far out at times. This makes it extremely difficult to see where you are which is kind of important when you’re driving. The last thing is more of a let down by omission. The Switch’s HD Rumble is pretty fantastic, seems a waste not to utilize it in any way at all. It’s something that could have helped in connecting more to the game, actually feeling a part of it. While it’s obviously not required, it feels like a missed opportunity. 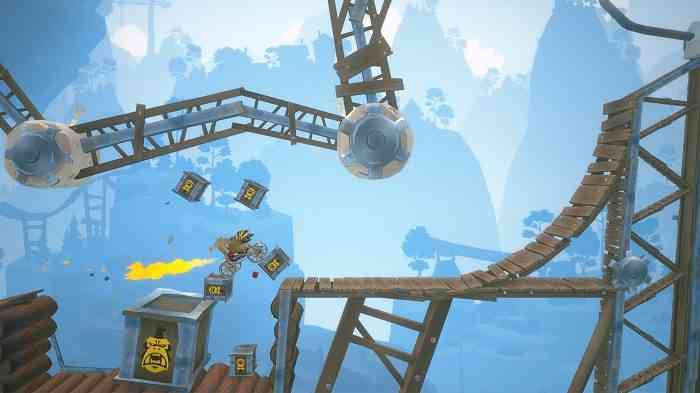 Overall Animal Super Squad just isn’t all that interesting to play. Why? It simply feels like it’s manufactured to try and capitalize on what made certain other games successful for streamers and content creators across the internet. Sometimes that very well may work, but in this case, it just feels shallow. Sure there will be some people who probably will enjoy it, but that is probably going to rely on how much they like making or playing community levels. This isn’t one I’d rush out to buy anytime soon. 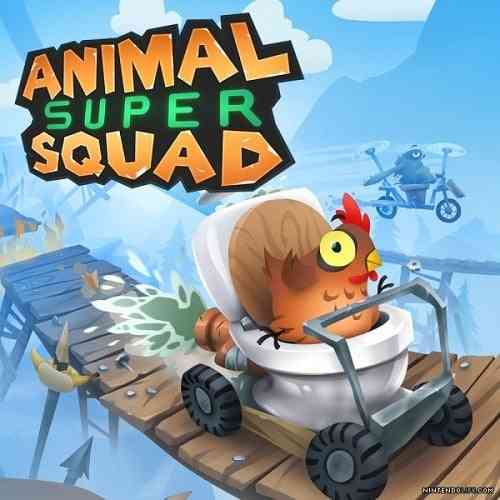