Being able to walk into a local arcade and play a licensed pinball machine is no longer a wide spread option for most of us. That is where Zen Studios steps in, as they manage to provide this experience from the comfort of your own home. They create pinball games for many platforms and have created pinball tables based on such franchises as Stars Wars, Marvel and even South Park. Given what they have produced so far, it’s pretty evident that they take the time to really understand what makes each licence popular and put those catch phrases, characters, episodes or scenes of each franchise into the virtual pinball table, and their most recent table pack release “Balls of Glory” is no exception. This latest pack highlights 4 shows: Archer, Bob’s Burgers, American Dad and Family Guy and there is a lot of cartoon content designed for a more mature audience.

First off, I do watch all of these shows casually, except for Archer which I watch all the time. A big part of the enjoyment of these types of tables is that you enjoy the shows that are based on, as it adds to the fun of it! Let’s start with Family Guy. 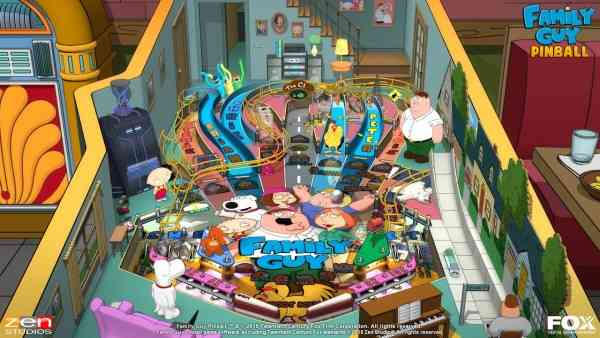 While this is the show that I have watched the least, as I played it seemed like I still knew the majority of the jokes and references to the show. Each family member has a role and/or mission within the table and even the chicken is there for you to fight. However, missions are very simplistic where the goal is just to get the ball to go thru the track. I found that it wasn’t the best table of the pack, but it still had some enjoyable moments that made it very playable.

How about another family – the Smith family from American Dad. You’ll notice that not all of the family is present as Haley is missing. Patrick Stewart’s character, Director Bullock, plays a large role with a mission fighting Stan too. This table even has a first person type mini game which was a lot of fun with everyone’s favorite alien Roger. Having these types of mini games made me want to continue to play to get another chance to play this mini game the most. In order to earn the missions you need to hit the goldfish in the middle of the board and it can prove to be challenging, but not impossible.

Hungry for some Bob’s Burgers? This table serves up some real excitement! I think this table has the most going on. There are day and night transitions (Think Simon’s Quest, except less annoying) that result in different missions appearing. In addition, there is a mini game that features a treasure hunt and the ability to fast-forward the time. This table was extremely addictive with the various changes and games available. I found myself playing over and over again just to try to get another a different mission at the right time of day.

“Zen Studios brings the fun and excitement of a pinball game and your favorite show to your own home. Addictive, witty, colorful and easy to play but hard to master, this pinball pack is a winner.”

Lastly, there is the Archer themed table, which was my favorite of the bunch (but I am a little bit bias, seeing how I am such a big fan of the show). I felt like this table also had a lot going on with lots of mini games and missions. There is even a first person shooting game where you need to shoot the terrorists and avoid shooting your own team members. I think this table was the most difficult of the 4 because there was a lot of very specific places you needed to hit to even get a mission to start, which can be very challenging, but isn’t that the whole point of pinball?

All of the tables feature the original voices and lots of memorable quotes scattered throughout the gameplay. Sometimes they can get repetitive if you are continuously setting them off by hitting the same spot over and over, but you want to hit everything on the table so you’ll get some variety. The graphics of each table all fit with the cartoon show that they depict, as they are all bright, detailed and colorful. You’ll find animations on each table as well which manage to bring each one to life. 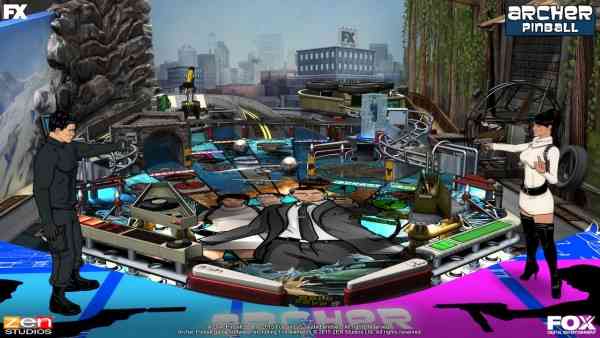 As a relative rookie to the Zen Pinball experience, I found the game very easy to pick up and play. Zen Studios manages to make the game easy enough to pick up and play, but difficult enough for even the most experienced players to master without practice. The tables made me want to get better and pull off difficult moves/shots. Zen Studios has consistently gotten better with their table designs, by way of gameplay, mechanics, and inventiveness. These are not just regular tables with their respective cartoon franchise’s paint job, as each table is created with the specific show/characters in mind.

If you are a fan of these shows, you owe it to yourself to pick up this pack. If you are a pinball fan and a fan of these shows, it’s pretty much a no-brainer. Even if you are curious about this title or a pinball game in general, I think this is worth some of your time. Though the tables can be tough and character voices can get overused, Zen Studios remains true to its quality and attention to detail that we have come to except from them. Zen Studios brings the fun and excitement of a pinball game and your favorite show to your own home. Addictive, witty, colorful and easy to play but hard to master, this pinball pack is a winner. 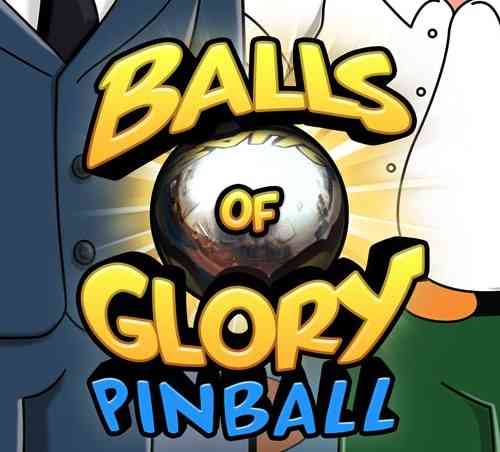 Star Wars Pinball (Switch) Review – No Jedi Mind Tricks Here
Next Tales From The Borderlands: Ep 5 ‘The Vault of the Traveler’ Review – An Epic Conclusion That Will Break Your Heart And Split Your Sides
Previous Guitar Hero Live Mobile Review – So Much Innovation But iOS GHTV Disappointing & Costly