Sports Entertainment has one true king: the WWE. It doesn’t hurt that they’re the ones that gave themselves that title, but it’s hard to argue with. From TV to Streaming services, the WWE knows how to get their product to fans worldwide. That shouldn’t be surprising, considering they were one of the very first to offer up licensed versions of their particular brand of sport way back in 1989. Gaming’s come a long way since WrestleMania first appeared on the NES, and this year WWE 2K19 promises to be the best yet. Is the latest title absolutely glorious or will it have you chanting Delete! Delete! Delete?

Like its real life counterpart, it’s the talent that matters. There is absolutely no shortage of talent in WWE 2K19. The roster is massive and contains over two hundred playable Superstars. From old to new, they’re all here. If somehow they’re not, there is always the character creator, where the sheer amount of options here is potentially overwhelming. Provided you have the time, there are no shortage of pieces to customize: looks, entrances, movesets and more, it’s all there. If that isn’t enough, there’s also the ability to create belts, arenas, and now Money in the Bank briefcases. The one real knock on the creator is that there are a lot of items that can only be purchased with in game currency, through the loot pack store, or individually at an increased price.

Everyone seemingly has at least some opinion on in-game purchases one way or another. While I did start with a fairly large lump sum, I put that money in the bank and just worked off earned in-game income. Because there are so many ways to gain the various tokens required to purchase loot packs it never really seemed like an uphill battle to be able to acquire new items. While I generally don’t care for these types of things in games, the implementation really wasn’t that bad. The biggest gripe with loot packs here is that they obviously spent plenty of time and resources developing them and putting it in game that could have most likely been diverted into improving other aspects.

While there’s more than enough outside the ring action to keep a player busy, let’s hit the ring starting with this years MyCareer mode. If anything, it’s less a career mode than it is a story mode. Players create their wrestler and move him along through the ranks from the indies to superstardom. The story is a good ride throughout, even if it does get…weird. The voice acting ranges from some terrific work done for the main character and his pal Cole, to some superstars who seemed like they literally phoned it in. These are guys who get paid to work the mic too, right? Also, I’m fairly certain that wasn’t actually John Cena talking but then again, maybe he just had a cold that day.

Even the good performances here are betrayed by their on-screen portrayals at times, though. Having a character’s mouth move slightly out-of-sync with what’s being said is one thing and a much more forgivable one than just being absolutely nowhere close. How egregious are we talking here? We’re at mouths moving with no dialogue and dialogue with no mouth movement levels here. It starts off solid, but the further into the story you go, the more it falls apart. Also, because MyCareer is very cutscene heavy, differences in the quality of character models is readily apparent as well. It seems those who have been around the longest and still have the same look/gimmick had their models reused from previous versions. While understandable to a certain degree, they really stick out like a sore thumb in comparison to more recent additions. At times the game looks great, other times the mish-mash of quality can make things look downright ridiculous. 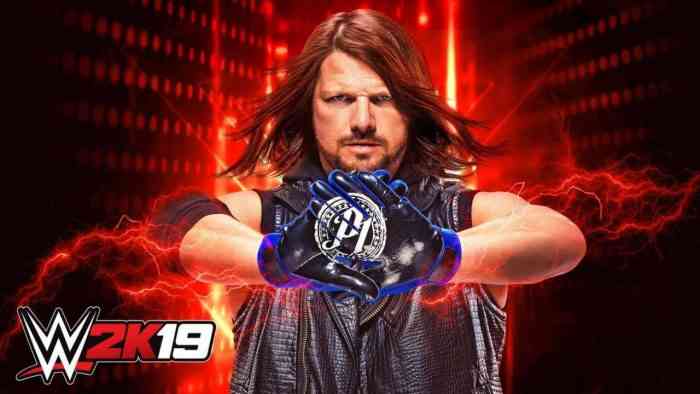 There also seems to be a rather odd difficulty curve at times in MyCareer as well. It’s not the times where things get difficult, but rather when the game seems to think you incapable of doing things for yourself. One chapter really stood out, as despite my character being a submission specialist and a side-match warm-up that let me finish off things properly, when it came time to the big submission match showdown the game decided to cutscene the ending out of my hands. Then it does it again later in that chapter, only to have the next chapter throws you back to the wolves with a one on three handicap match that is all you…thanks!

Now presumably your character improves over time by ranking up and abilities in the various skill trees. It is hard to tell though, as chances are small and challenges seemingly increase as your own skill does the same, so it often doesn’t feel like much of a difference is being made. The rank system itself is okay, but each prestige rank caps at level fifty. It’s at this point you are supposed to know that you manually need to rank yourself up to the next prestige level. If you don’t then you’re just wasting XP that you will never get back, cool, I love gaining nothing for my hard work.

So you plowed through MyCareer, what else is there to do? Quite a lot actually, the Showcase highlights the career of Daniel Bryan reliving crucial moments in his career. This is something I might recommend first to any newcomers to the series as it can serve as a really good way to learn more specific moves and how to perform them. Sadly, if you want to target John Cena’s arm from a standing grapple you’ll have to comb through the controls yourself to figure out how to do it. They aren’t going to just tell you what buttons to push, even though you’re required to do it to move to the next task. There is also the 2k Towers. These offer up some decent rewards in tokens along with providing a challenge. Plus, there are daily, weekly and PPV challenges to take part in on top of the other basic towers. Of course, there’s plenty of action to also be had online as well.

It’s not all doom and gloom for WWE 2K19, not by a long shot, but the flaws seem to be ones that really don’t need to be there. Even in the main part, the actual wrestling falls victim to some of this. While fun and most of the time incredibly satisfying, matches rely quite a bit on the ability to reverse moves. That’s not an issue and can be quite fun in itself as well. There’s even a prompt letting you know a move is coming to reverse, except, of course, when it doesn’t prompt you. There might be the temptation to think, oh well, can’t reverse everything, but if you’ve become accustomed to slamming that R2 button you’ll find that you can reverse moves in which no prompt to do so was shown at all. It’s the sum total of these “oddities” that makes WWE 2K19 like eating from a bowl of M&M’s that someone has slipped a few Skittles into.

Mafia: Definitive Edition Will Allow Players to Control How Strict Cops Are