In an age with a super saturated game market it’s often very difficult to do something that stands out as unique. Some people create new genres, reinvent them, reinvigorate tired franchises, or as is the case with UnExplored, take something old and put an entirely new spin on it. This rouge-lite dungeon crawler has a very familiar feel to it with its combat, treasure hunting, and stealth techniques but Ludomotion put its own unique spin on it and created procedurally generated dungeons for you to explore and crawl through. What it does is make UnExplored a deceptively difficult game that continually draws you back in even though you’ve said, ‘one last run’ about a dozen times already.

UnExplored doesn’t offer much up in the way of a story, they just jump right to the point in letting you know you’re headed into the Dungeon of Doom and who knows what you’re about to encounter down there. The opening screen allows you to ply an old adventurer with drinks that can add some fun stuff to your dungeon crawl, but other than that it’s just straight dungeon mayhem.

For the Dungeon Is Dark and Full of Terrors

There are seven different character classes for you to play as though you only start as the Warrior or the Rogue and the rest become unlockables. With each of them offering their own strengths and weaknesses, choosing your class becomes imperative for how you want to play your run because the Dungeon is relentless in its attempts to ruin your treasure hunt. From monsters, turrets, mages, animals, traps, and anything else you can think of, trying to reach the deepest depths of the Dungeon of Doom is perilous.

It isn’t easy either, even if you choose the easiest option like I definitely, for sure didn’t do after dying three times in the tutorial (yes, that is incredibly embarrassing to admit). The combat system is balanced so you can’t just run in headfirst and expect to come out on top. Since each dungeon is unique, it’s a little difficult to give you examples you may encounter, but for instance, unlocking a door on level 3 got into a room with three treasure chest… and three bee hives. The hives launched out 6 bees each and since the door closed behind me, well, I didn’t last long in that room. The risk/ reward system UnExplored uses is matched with your ability to strategize and use your characters abilities to their maximum effectiveness – which I struggled with. There is a subtle way UnExplored keeps you from simply giving up on the quest though, and it’s pretty subtle. Whenever you die and are thrown back out of the Dungeon, there is a list of accomplishments that number roughly 60 and they highlight the ones you managed to accomplish this time through. The number of times my eyes turned to slits when there was only or two highlighted and it goaded me to go right back to it can’t be counted and if that wasn’t intentional, Ludomotion should never admit to that because it got several more hours out of me. 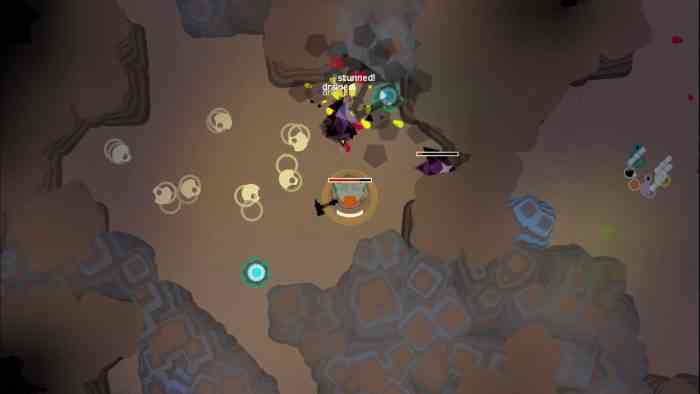 Which brings me to the best part of UnExplored – its dungeon maps. As I said above, they are procedurally generated, so no two dungeons are the same. Yes, they are all called the Dungeon of Doom, but each one is unique and you even if you think you recognize your surroundings, BAM! There’s a wizard boss to cook you alive. This unique way of presenting the game takes UnExplored from your atypical rougelite and elevates it to an upper echelon, making their dungeon crawling infinitely replayable. Just in case that wasn’t enough, the three DLC packs included are inspired by Lord of the Rings (you move through a dwarven mine), Alien (Ripley has to kill all the definitely not xenomorphs), and HP Lovecraft (cultists are trying to call on Cthulhu), to bring your love of pop culture into these infinitely unique dungeons.

So, while UnExplored leaves a lot to be desired in the way of graphics, it has its own charm in its aesthetic which is backed up by the bitchin music that follows you on your dives. Even in its shortcomings, I found UnExplored to be redeemable and the amount of angry, annoying, pleasurable fun was worth far more than any downsides. Can I really be bothered by a lack of an overall storyline when each dungeon run has its own substory? Can I really complain about some graphic inequality with AAA games when each time I play is unique and a lot of fun? Well, I can’t see how I could do that, maybe just don’t bring it up to the people that picked up No Man’s Sky on its first day… 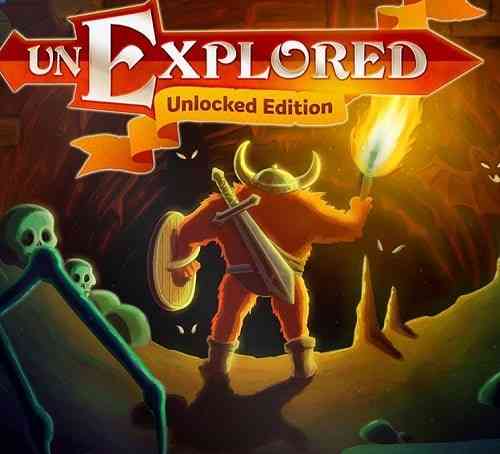 Worth Life, Fantasy Sidescroller, Preparing for July Release
Next Razer Kraken Tournament Edition Review – Release the Kraken!
Previous Crackdown 3 Review – Not All It’s Cracked Up To Be