It’s Deja vu all over again. Maybe that’s a tad harsh, but it’s hard to look at another VR puzzle-laden game and not feel like it’s something you already have. Is Charm Games latest Twilight Path going to break out of that mold? Does it even want to? That’s enough questions, so let’s see what this game has to offer.

The story sees the player transported to a realm somewhere in the limbo between the real world and the afterlife. Once transported to that realm the player hitches a ride with an anthropomorphic ferry, a flame, and a faerie as they help to try and get you back home. The realm, however, is a bit of a disaster and will require the player to use some new found powers to clear the way. The story is more than enough to hold one’s attention as there are curses and of course a dragon mixed in. The only real issue here is that story-wise it just sort of ends on a cliffhanger, the mission clearly isn’t finished. To make matters worse, your character comes off as a bit of a wanker who just wants go home, even though it’s stated in no uncertain terms that you are the only one who can restore the world. So I guess it’s just tough nuts to the beings trying to help you get home then, eh?

Puzzles Before the Puzzles

The restoration of the world is done through a series of puzzles. If you’ve played VR for any length you’re probably well acquainted at this point. There’s nothing really new here, follow a certain path, put a statue back together, can’t forget about playing some music as well or the hidden rune types. None of which should take much time to pass. The difficult part is sometimes it’s hard to realize there is even a puzzle to be done. When I was first transported to the new realm I stood around for a good 5 minutes not having a clue what to do. I wasn’t confused by the eventual puzzle, I just literally had no idea there was even one there.

The controls present one glaringly odd choice. To pull objects to you requires a magic spell, pulling both triggers at the same time and releasing at the correct point. There’s nothing wrong with that part of the equation, but it brings up the odd part and that is instead of pointing a controller at what you want, or even your hand, it’s basically like pointing the side of your wrist at it while your hands are held upright. If that sounds weird it’s because it is and isn’t very intuitive; it is different though. Movement is technically teleportation, but that’s really only between areas and covering long distances. There’s absolutely no need to teleport around at any of the puzzles. Twilight Path definitely is a game that one could play sitting down with no issues. Anything involving the hands is well done, but a good majority of the time is spent trying to point your wrist at something. 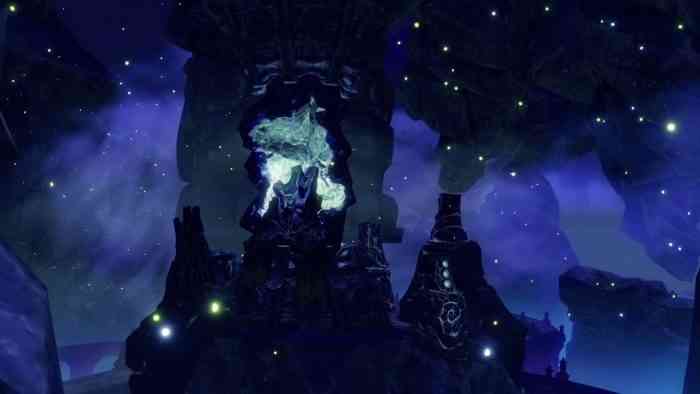 So what stands out then? That would absolutely be the visuals. It’s a damn pretty world and that visual appeal helps in making it more of an immersive one on top of that. Since VR games are quite literally in your face, having a visually appealing world goes a long way in enjoying the gameplay. It really is great to look at and that quite probably makes the game’s shortfalls more palatable.

There’s not a whole lot more to say unfortunately as from start to completion clocked in somewhere around the 80-minute range. As was mentioned talking about the story, it just kind of ends. I thought that maybe there was more to come at one point, but then I was just kind of abruptly thrown onto a walkway and the games name showed up in the sky in front of me. It could have at least had the decency to throw me back into the start menu so I didn’t stand around like a putz for another 5 minutes wondering if that was it or not. Turns out it was the end. Look, there’s nothing overwhelmingly wrong with Twilight Path, but it’s not treading on new ground either. There’s a whole lot of similar VR games to this one and there just isn’t much to make it really stand out from the crowd. 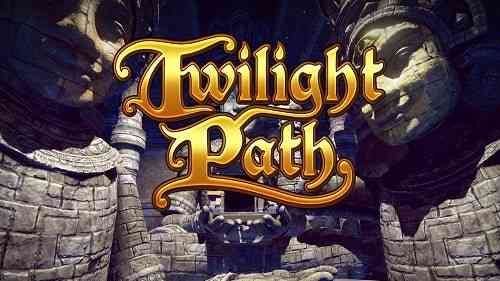