Transformers: Rise of the Dark Spark (Xbox 360) Review – Transform & Roll Out… Away from this Game

It’s never a good sign when you would rather watch ‘Modern Family’ re-runs than have to trudge your way through a boring mind numbing single player campaign. That is exactly how I felt about an hour into Transformers: Rise of the Dark Spark. I wanted to enjoy this Transformers game, I really and truly did. Yet sadly Rise of the Dark Spark has few redeeming qualities. It’s so awful that perhaps it even set the franchise back a few years.

Developer High Moon studios have been the driving force behind previous Transformer games for some time now; however, they have since moved on to work on the Call of Duty franchise. This is unfortunate; actually it’s more than unfortunate it completely blows as High Moon did a nice job with the franchise. Both War for Cybertron and Fall of Cybertron remain two of my favorite Transformer games. Sure both had their share of minor faults but both Cybertron games delivered in the fun department and, to put it bluntly, they didn’t put me to sleep like Rise of the Dark Spark managed to do. 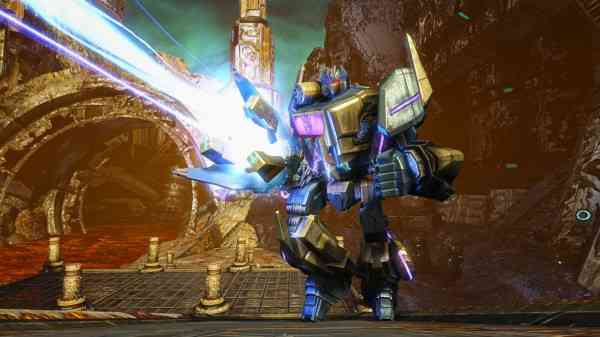 Much like previous Transformer games, Rise of the Dark Spark is a third person shooter. It includes a 14-mission single player experience and a co-op Escalation (Horde-like) mode where you take on waves of enemies. That competitive multiplayer experience from the previous High Moon Transformers game is gone. Trust me, that‘s a good thing as I cannot imagine anyone wanting to bother playing this lemon of a Transformer game online.

Story wise, the Decepticons are after the Dark Spark while the Autobots are trying to stop them. That’s about it. Okay, there is a little more to it than that but in a nutshell that is the game’s basic premise. All in all, pretty lame stuff as there was nothing about this storyline that managed to capture my attention or even remotely had me hankering to see it through until the end. And that friends, is a problem.

Rise of the Dark Spark plays out in a somewhat linear fashion. I say somewhat as there are sequences that give you the freedom to accomplish certain objectives as you see fit, but at the end of the day the game still forces you to proceed from point A to point B. This is all very familiar stuff and nothing we haven’t seen before from other Transformer games.

The campaign also allows you to play with various Transformers from both the Autobots and Decepticons side of the house. Sounding familiar yet? You bet! It’s the same old stuff High Moon had us playing with the Cybertron games except this version feels more like a 2-day old 7-11 microwave burger as opposed to a fresh Big Mac with bacon and extra cheese (my mouth just watered). 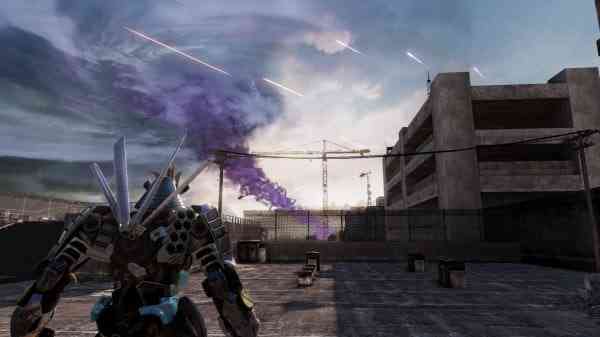 If you can get past the long load times, check points that are spaced far too apart, bland visuals and those annoying cut scenes you can’t skip, Rise of the Dark Spark does feature a glut of upgrades. You can upgrade your guns, unlock some potent weapons, unlock multiplayer characters, perks, etc. There is also a leveling up system and there are 40 playable characters. The development team did a nice job in this regard but no matter what they did it still all feels too familiar.

Transforming between robot and vehicle is not nearly as enjoyable as it should be. The vehicles don’t seem as refined as previous  versions of High Moon’s Transformer vehicles. They feel sluggish and aside from turbo boosting past a few long tunnels I never found playing the game in vehicle mode all that satisfying. The flying Transformers segments can be enjoyable but it does get old, really fast. I wish I could say Transforming remains a smooth and seamless experience, sadly it’s not.

The combat in the game is entertaining at times as you do have a selection of some 20-different weapons in your arsenal. Some pack an incredible punch while others are about as effective as your Dad’s Red Ryder BB gun.

While the visuals in the game are less than stellar, the audio is decent. Peter Cullen, the voice of Optimus Prime, almost saves this sinking ship alone. He sounds fantastic, and Megatron sounds equally as great. The soundtrack is about what I expected but the rest of the games audio delivered.

There is no question Transformers: Rise of the Dark Spark plays and feels like your typical movie tie-in game. Everything about it screams ‘rushed out the door’ to satisfy the needs of all those poor suckers who wasted money watching the big screen stinker. High Moon studios had done such a formidable job with previous Transformers games that this was admittedly a bit of a surprise. It is such a shame to see them fall so far because Rise of the Dark Spark fails to even come close to the experience we had the last time we played a Transformers game on the Xbox 360. 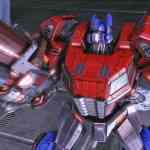 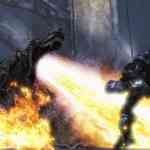 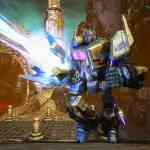 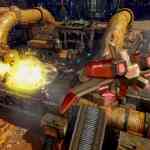 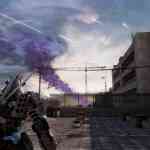