Philosophical question: is it better for a game to do one thing really well, or several things with a moderate degree of success? Would you rather eat at a (pre-COVID-19) buffet, where the chicken is delicious but the potato salad tastes like old socks, or at a fancy restaurant where all they do is serve a square of concentrated perfection that melts in your mouth? Townscaper has a limited feature set, but you won’t find a more relaxing way to spend a few minutes.

I guess the easiest way to describe Townscaper is that it’s a city builder, but that implies a complexity and range of options that simply aren’t part of the game. You start with an expanse of calm, empty water, plop down a path tile or two, then make a choice. Add tiles and expand the path, or click on a tile and add a dwelling? Although you can endlessly mess with the colors or vertical and horizontal geometry of your little floating town by adding multiple floors to houses, or little garden plots or cutaways, there are no architectural design elements directly under your control. There are signs of life — sea gulls happily perching on the tops of roofs and flowers blooming — but you’re not going to see busy little residents crowding the streets. 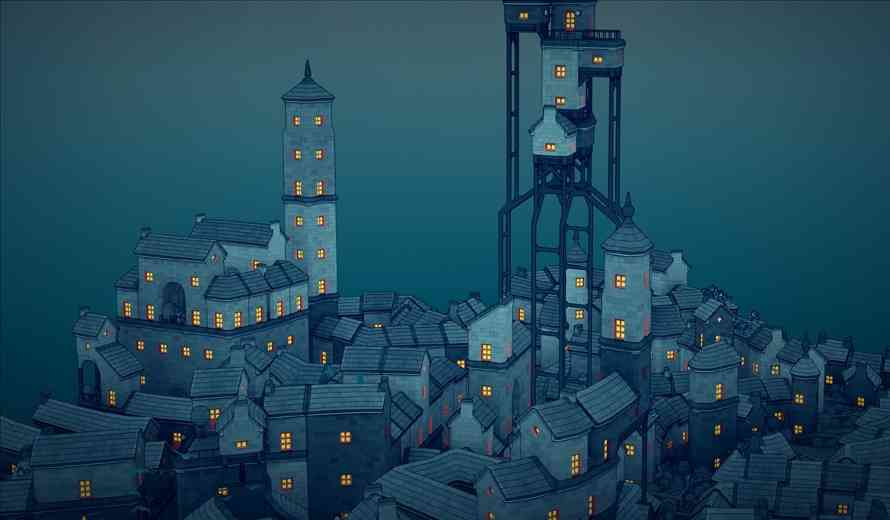 What you do have is some artistic control over how the scene looks. You can set the angle of the sun, illuminating your buildings with beautiful morning light, or have the scene be lit by dozens of windows in an otherwise dark world. You can freely rotate the camera around the town as well. The genius of Townscaper is that, provided you’re ok with everything looking vaguely like an 18th century European village, it is literally impossible to create something that doesn’t look lovely. It’s a bit like improvising on a pentatonic scale, where nothing sounds discordant.

It’s hard to overstate the chill vibe of Townscaper. Placing or removing a tile is instantaneous and accompanied by a gentle percussive “plop” sound that rises and falls in pitch, creating a bit of musical melody as you build. Whether you create a massive village of winding streets and multistoried buildings or a simple little floating hamlet, it will look beautiful. The music in Townscaper is, unsurprisingly, as gentle and soothing as the gameplay, ambient tracks that arise out of silence and fade back into it at intervals. 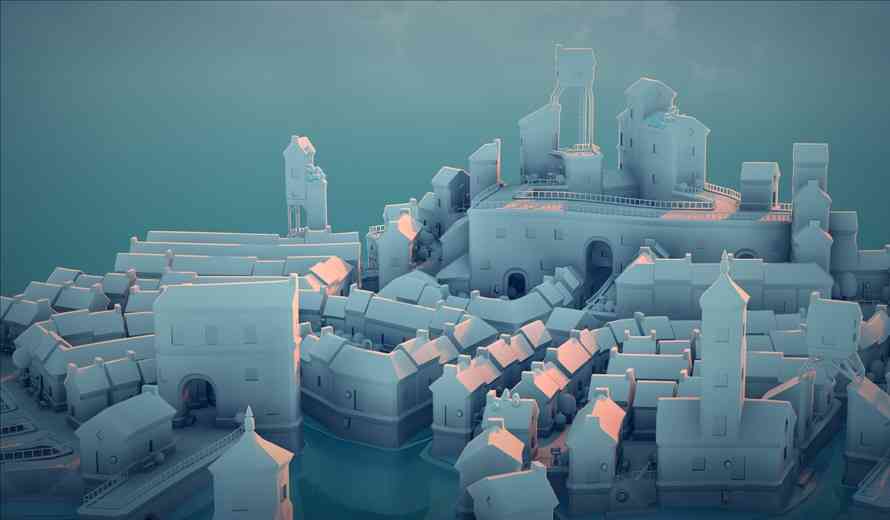 The UI is appropriately spare, but inside the settings is the ability to save creations to the clipboard or as a .obj file for editing in a 3D application. You can also toggle off all the color and detail on buildings, rendering them as neutral shapes. The game works well with both keyboard and mouse or controller. There isn’t a whole lot to control, after all.

It’s hard to fault a game — made by one person, incidentally — that fulfils its mission so well, but if I were to make a wish list, it would start with the addition of a few different tile sets, maybe allowing the transposition of the setting to a medieval English landscape or American 1950s suburbia. The mechanics don’t need to change, but it would be nice to have a choice of architectural styles. 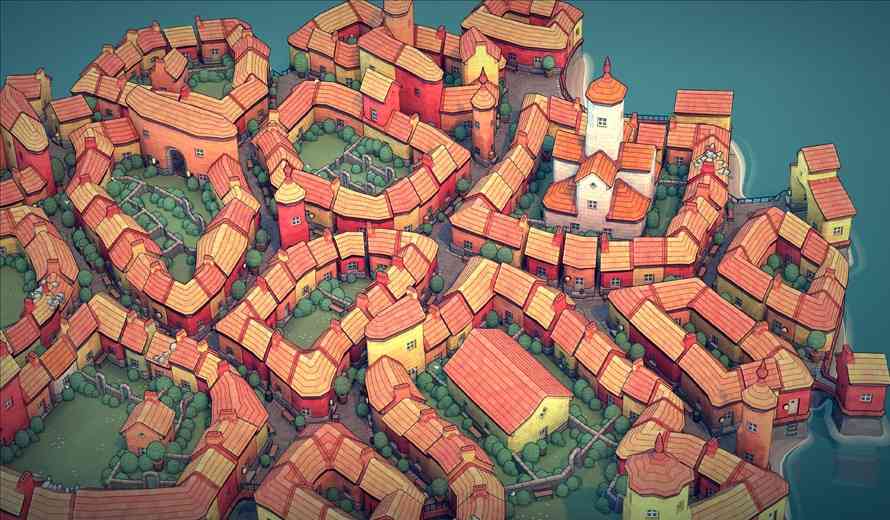 Townscaper exists in that special chill vibe genre that includes games like digital coloring books and virtual bubble wrap, but it also nudges gently up against city builders as well, only without any of the complications or stress. It makes you feel like a creative, relaxed time traveler, bringing into existence a peaceful, little perfect town out in the middle of a perfectly calm sea. Townscaper doesn’t try to do a lot of things, instead it does one thing very, very well.

Needs stylistic variety
Too narrowly focused for some