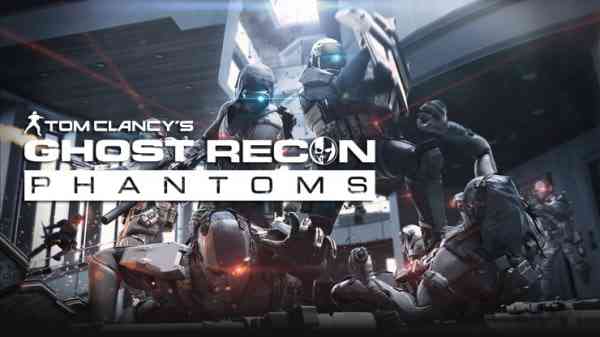 Formally known as Ghost Recon Online, Phantoms is Ubisoft’s first foray into the free-to-play scene with the Tom Clancy name. I first played it at PAX 2011 and was surprised by the smooth gameplay, great controls and powerful weapons. It was a close match too and ended with me a being awarded a free MVP t-shirt.

At PAX 2012, I played it again, except this time, I was playing on a terrible map with wonky hit boxes and the enemy team using nothing but snipers. Again, I got an awesome t-shirt since they were given to everybody but I no longer had any confidence in the game’s development.

Fast forward two years later and here I am, in my room typing up a review not long after the product’s release on Steam. So how does it fair? 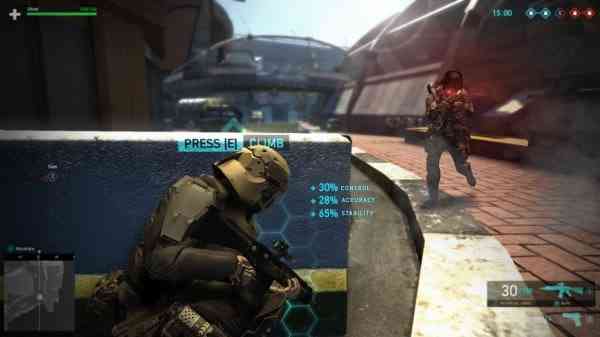 Thankfully, it has more in common with my PAX 2011 experience. There are many shooters with controls that work but this game in particular feels really good. The cover system is quick, the movement fluid, aiming feels precise and it doesn’t suffer from the horrible, one-button-to-rule-them-all syndrome creeping into more and more titles. Actions like sliding, aiming down sights, hopping over cover and switching camera views are accomplished with separate commands. Not only does this give you more control, and as a result make these moves all the more satisfying to pull off in combat, it removes frustration. There is no button with five or more commands conflicting with each other, unlike some games I could mention. *Cough* Mass Effect 3! *Cough*

It’s rather embarrassing for developers to have their cover systems destroyed by a free-to-play title but hopefully they will take notes. Ubisoft games seem to do cover systems well and this is one of their best. My only complaint is that there doesn’t seem to be a way to quickly switch from one piece of cover to another. This is strange since, most Ubisoft games allow you to do that.

Whatever the reason for the absence, overall, the controls are great. As for the combat, it’s also good. The game gives every indication that running and gunning gets you killed. That doesn’t mean there’s no place for it though. There were many situations where it proved to be effective, since the enemy tucked away behind chest high walls didn’t expect it.

The game is not about who’s best at running and gunning or playing it slow. It’s about knowing when to switch between the two. That and good team work. Like many multiplayer games, Ghost Recon Phantoms is a game that puts a heavy emphasis on teamwork. While playing, there is always a dynamic line indicating the location of not only your teammates, but members of your squad. 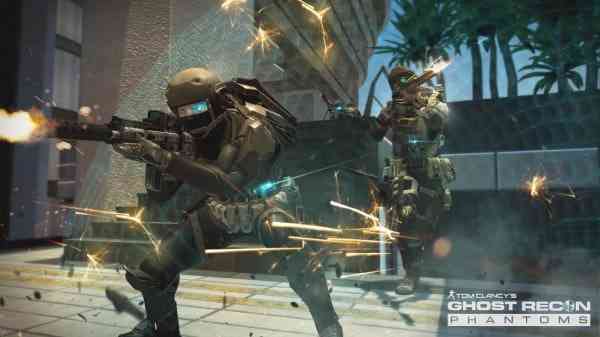 Given the map’s grid-like design and game types, it’s best to attack the enemy in groups or waves. Going in one at a time will guarantee your team’s demise. Like many team-focused multiplayer games though, this is the primary frustration. Being stuck on a team that refuses to work together or sitting back with snipers instead of attacking can be infuriating.

There were games where I would flank the enemy and annihilate their forces, only to have teammates sit behind cover and refuse to take the objective zone cleared out by me! Finding players to replace quitters in the middle of a match is also a pain. One time I was playing 4v7 when someone joined and was put them on the team who outnumbered us. These things don’t happen often but when they do, the only reason to stay is to collect your experience and in-game currency. Speaking of which…

The last free-to-play game I reviewed, Loadout, I criticized the cosmetic store for ridiculous prices on tiny things like hats, shirts and hairstyles. I still believe that to be the case but at least they didn’t have an effect on gameplay. Phantoms meanwhile, asks way too much in-game and real life cash to pay for things like weapons, helmets and packs. Plus, it makes you pay with either payment method for grenades. This is something that pissed me off in Planetside 2 but at least the spaces were so huge, people rarely use them. Where as in Phantoms, they’re used all the time. Either make it part of the standard kit and balance it or don’t bother putting it in the game. 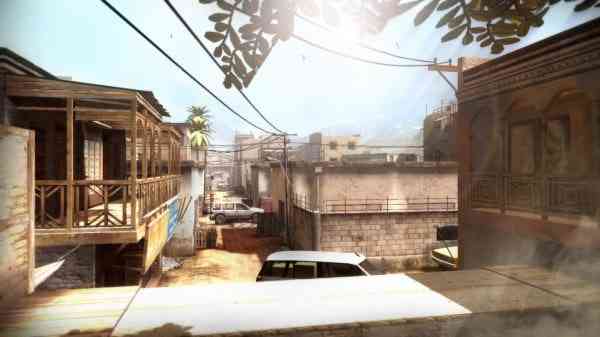 This is my biggest issue. Like many that have come before it, Ubisoft has created a game that is progression based, not skill based. Now thankfully, they have brought in something that helps elevate the “Pay to Win” concern. The matchmaking system only pairs you against people with similar gear, so that you won’t be running into anybody with a golden nuke launcher that blows up planets. However, I have two problems with this. One, it still doesn’t get rid of grenade BS and two, when the player base drops – which it will – the match making process will be slowed and split the number of people online more than necessary. Also, just like Loadout, there’s a distinct lack of content. As far as I can tell, three maps and two game types is all you get. Plus, one of the maps reminds me way too much of the horrendous indoor sections of Operation Metro from Battlefield 3.

Presentation wise, Phantoms isn’t an amazing looking game, but it performed well on my mid-range PC. The excellent sound design fairs a lot better with gun shots and effects that surpass most full priced games on the market.

At the end of the day, I’m torn. I really like the core gameplay of Ghost Recon: Phantoms and see it being even more fun with friends. But, there’s just not enough here and the frustrating micro-transactions only make it all the more disappointing. I’m sure the game will get better over time and it’s worth the free download, but that solid core is the only thing keeping it above average.

Next The Wolf Among Us Ep 3 “A Crooked Mile” (Xbox 360) Review – Forget What You Thought You Knew
Previous Trials Fusion (Xbox One) Review – Take to the Skies….on a Motorcycle