Just released on Steam Early Access, Visual Light’s Throw Anything is a VR action defense game about — as its title clearly states — throwing anything and everything you can get your hands on in order to fend off zombie hordes. As intriguing as this novel take on the zombie genre may be, Throw Anything currently lacks the content necessary to warrant more than an afternoon of playtime.

Throw Anything puts you at the windows of various high-rises across the globe. As waves of cartoony zombie scale the outer wall in an attempt to eat your brains, you must use everything in the vicinity to defend yourself. Chairs, lamps, toys, gold bars, hand grenades, humans, etc — if you can see it, then you can throw it. Environments are fully destructible, which means even the larger objects, such as shelves and couches, can be taken apart and tossed out the window.

“Throw Anything has some technical kinks to work out”

While this gameplay loop may sound simple, survival actually takes a great deal of strategy. Each environment has a finite amount of resources, so mindlessly throwing out everything too soon may mean you won’t have enough objects left by the time the boss shows up. Prioritizing which object to use first is also important. That printer can take out a zombie now, but if you save it, it can easily take out a string of multiple zombies later when you start to get overwhelmed. Spatial awareness is another key skill. Knowing where certain objects lie, such as golf clubs which can be used to whack zombies in a pinch, can be the difference between life and death. 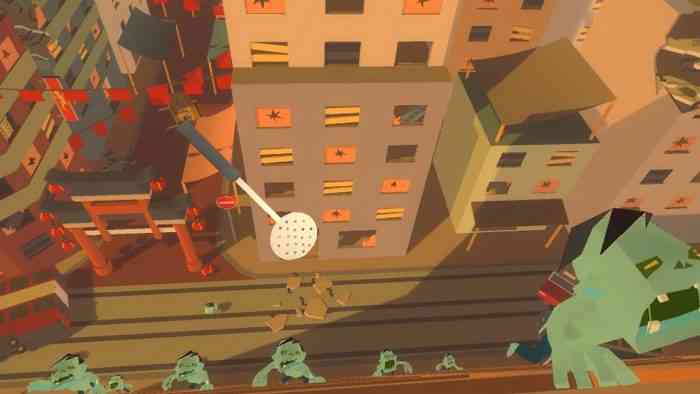 However, since Throw Anything’s conceit revolves entirely around dropping things over a window sill, the gameplay grows stale fast. Aside from the two main zombie types, which differ only in the amount of damage they take, there are the zombie birds, which can be annoying to face as they are difficult to spot. The final bosses behave too similarly to the regular zombies, only they have slower movements and a bigger health pool. The five levels each feature distinctive environments and objects, but barring the interrogation room with a wall full of firearms, they fail to add any significant variance to the overall formula.

As is expected with an Early Access release, Throw Anything has some technical kinks to work out. Zombies spawn out of thin air, and their hit detection can feel a bit off. The act of throwing an object doesn’t always work as accurately as it should. Objects will sometimes sail off towards an unintended direction or get caught in the window frame. In fact, I found it much more practical to simply release things over a zombie than to try throwing them, which ironically goes against the title of the game. None of the settings are adjustable, so you won’t be able to change up the difficulty — which is at times unfairly punishing — or tone down the overly chirpy soundtrack. 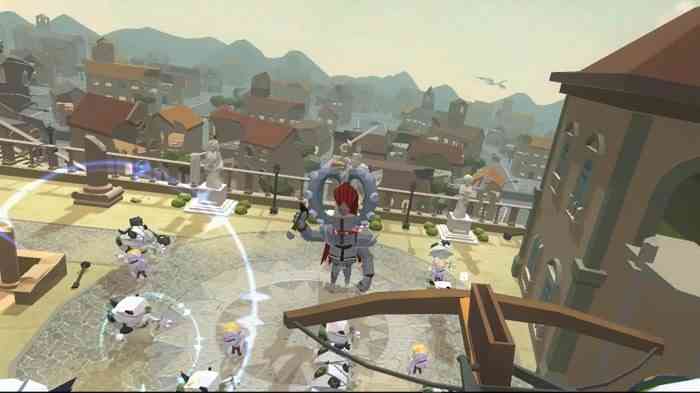 I had fun toying around in Throw Anything initially, but that feeling quickly faded once I had played through each level once and realized the repetitive nature of the core gameplay. With only one game mode and a handful of environments, Throw Anything currently plays more like a promising minigame than a full-blown title. Until more content is added, you may find more mileage elsewhere. 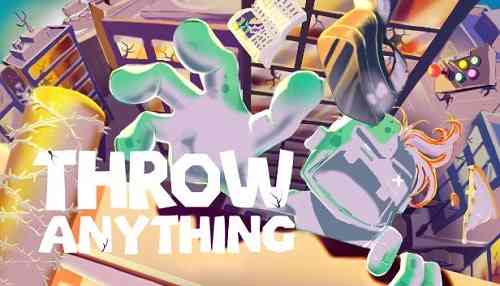